LOS ANGELES - Speaking at a press briefing on Wednesday, New York Gov. Andrew Cuomo said that his state and 14 others are currently investigating cases of a mysterious and rare inflammatory illness found in children that may be linked to the novel coronavirus.

Cuomo said Tuesday that New York was investigating about 100 cases of the syndrome in children as of May 13.

He added that five European countries are also looking into cases of the unusual illness that was first observed in Europe.

As of May 5, 64 potential cases of the condition, called 'Pediatric Multi-System Inflammatory Syndrome Associated with COVID-19', have been reported in children.

“Because it happened after the fact and does not present as a normal COVID case, it may not have been initially diagnosed as a COVID case,” said Cuomo. “COVID cases are normally respiratory. This is not predominantly respiratory. It's an inflammation of the blood vessels, which could affect the heart.”

Medical groups in Britain, Italy and Spain warned doctors last month to look out for the condition.

The illness affects blood vessels and organs and has symptoms similar to Kawasaki disease and toxic shock. Three children in New York have died of the syndrome and Cuomo advised all hospitals to prioritize COVID-19 testing for children presenting with symptoms.

At least 3,000 U.S. children are diagnosed with Kawasaki disease each year. It's most common in kids younger than 6 and in boys. It was first reported in Japanese children and occurs worldwide.

The unusual syndrome prompted a conference call last weekend with researchers, doctors and U.S. and international health officials, the Kawasaki Disease Foundation said in a statement Thursday. The participants concluded that affected children should be treated by specialists at hospitals where intensive care is readily available, since some children with the inflammatory condition become sicker rapidly. 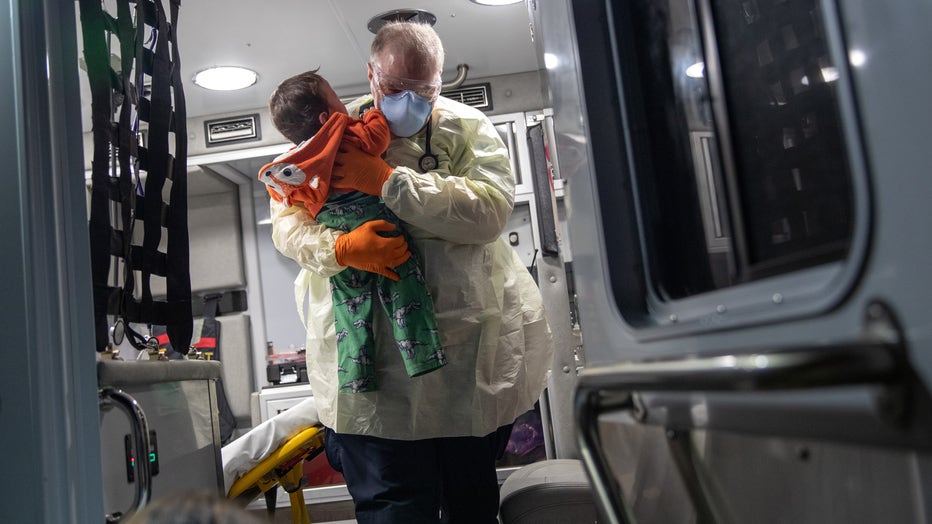 In New York City, which had reported at least 52 children sick with the syndrome as of May 13, Mayor Bill de Blasio on Tuesday urged parents to call their pediatricians promptly if their children show symptoms including persistent fever, rash, abdominal pain and vomiting.

Fever, abdominal pain and skin rashes are common symptoms, while some New York children have developed heart inflammation requiring intensive care. Most had evidence of current or past coronavirus infections.

“It's a wide array of symptoms, as you can see, which makes it even harder for a parent to know exactly what they're dealing with,” Cuomo said. “If your child has been exposed to someone who had COVID, even if it was several weeks ago, that is a special alert in this situation.”

In testimony Tuesday before a Senate committee on the Trump administration’s coronavirus response, Dr. Anthony Fauci said children in general do better than adults and the elderly, but he warned there is still much to learn about the virus.

“For example right now, children presenting with COVID-19 who actually have a very strange inflammatory syndrome very similar to Kawasaki syndrome,” Fauci said. “I think we better be very careful that we are not cavalier in thinking that children are completely immune to the deleterious effects.”