LOGANVILLE, Ga. - Our Week 9 Game of the Week is a nationally-televised showdown between two Class AAAAAAA-Region 4 powers: the 5-1 Parkview Panthers and 6-0 Grayson Rams.

Grayson is nationally-ranked and features recent quarterback transfer Jake Garcia, a Southern California commit who was in the national spotlight for transferring to Valdosta from California, where the high school football season was pushed back into January. 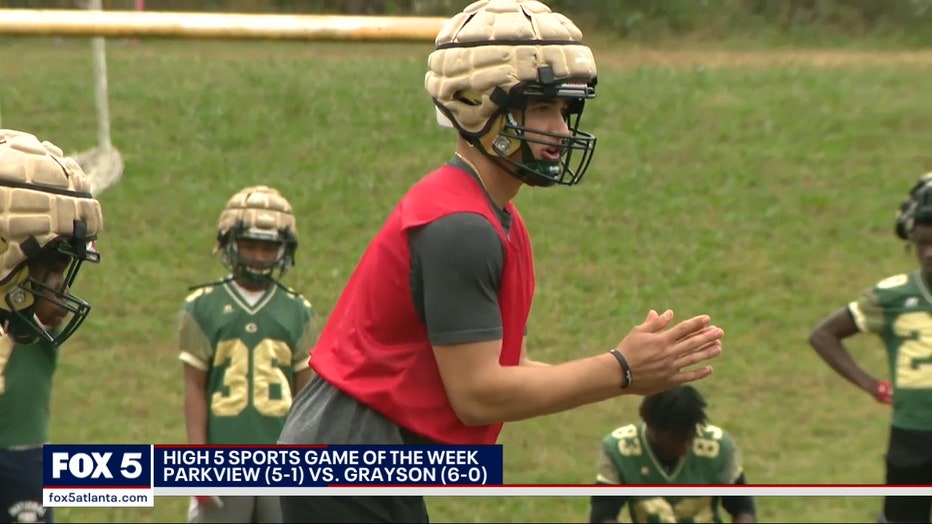 Garcia was ruled ineligible at Valdosta because the GHSA said his family did not make a bona fide move there, but he is now eligible for his first game at Grayson on Friday night. However, head coach Adam Carter said the Rams will still go with De'yon Cannon as their starting quarterback this week as Garcia continues to learn Grayson's system.

The Rams are coming off a bye week. Two weeks ago, they defeated Mill Creek 20-13 in double overtime, and Carter said it was a turning point and big lesson for his team this season.

Gathering national attention, this matchup has been moved to 6 p.m. to accommodate air time on ESPN 2.