The Norcross Blue Devils started the season unranked, but are now the third-ranked team in 7A.

The Norcross Blue Devils started the season unranked, but are now the third-ranked team in 7A, according to the AJC.

The 9-0 Blue Devils have the week off before hosting Archer for Region 7-Class AAAAAAA supremacy in the final game of the regular season.

Norcross, a traditional power in Gwinnett, has "been under the radar a little bit throughout the year," according to head coach Keith Maloof, while Grayson, Brookwood, North Gwinnett and Collins Hill have stolen the headlines so far in 2020.

While being named High 5 Sports Team of the Week is an honor, linebacker Jalen Garner echoed the Blue Devils still have work to do to be recognized.

"It means a lot to me to be honest," Garner said. "Still feel like the underdog. Still want to get to that No. 1 spot." 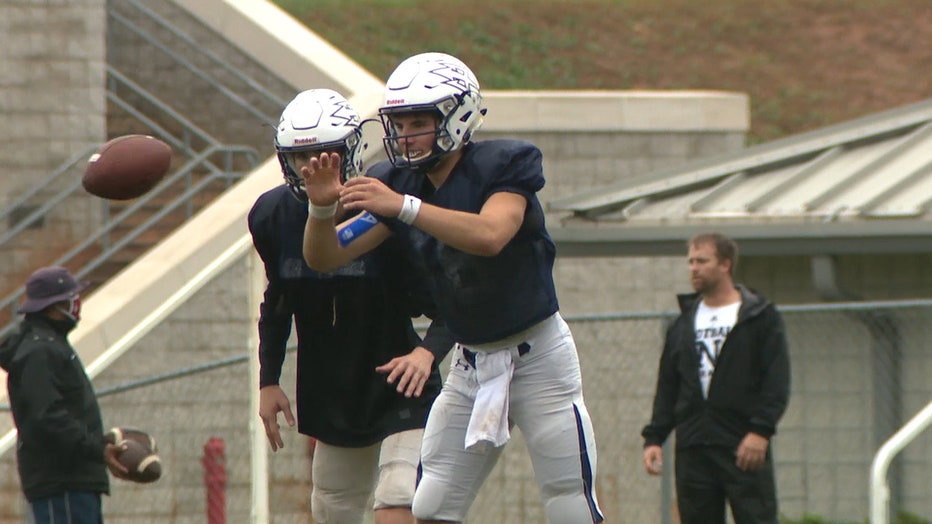 Norcross is battling for their third state championship. They won back-to-back titles in 2012 and 2013.

Maloof is also just five wins away from 200 in his coaching career.