ATLANTA - It only takes an instant, for a deadly crash to happen. April is National Distracted Driving Awareness Month.

Pierre St. Brice may look like any other 18 year old. He's on his phone, taking selfies, but Pierre's life took a drastic turn when he was 16.  "It was a Thursday night. It was like the week before Christmas break, we're all just cruising, we had just taken midterms and everything was going good  we were just in the wrong place at the wrong time," says Pierre.

A car Pierre was riding in with friends was struck head on by another teen driver on a busy Douglasville Highway. Pierre suffered a spinal cord  injury, leaving him paralyzed from the chest down. Instead of being scouted by colleges to play football, he was all of sudden learning how to move from a wheelchair.

"That was like my whole outlook when it first happened. I was like, I can't play football. I can't do this no more. I can't do that no more, but you go to therapy, they tell you how it is and you're just getting around differently. There's always a chance that you can get up and walk away from the chair and that chance is still alive," shares Pierre.

Pierre still has hope. Josh Murphy, the 16 year old driver in the other car died on the scene. The GSP crash report doesn't say why Josh crossed the center line, causing the crash, which sadly is common with wrecks involving distracted driving.

"We don't have a test unlike with someone who is under the influence of drugs or alcohol that says this is definitely distracted driving, but we see the kinds of crashes that are symptomatic of distracted driving with drivers crossing the center line, departing the roadway, striking an object, striking a vehicle from behind," says Harris Blackwood, the Director of the Georgia Governor's Office of Highway Safety.

"You don't have to have your phone to be distracted driving, you could be eating, it could be from doing your makeup while you're in traffic, when you're rushing to work, and this is the reality, this is what can happen," Pierre says, showing his wheelchair.

Pierre hopes to spread the message that any, small distraction can change your life, but right now the most deadly is texting and driving.

"The minute to start texting, you stop driving.  You are not paying attention to that car," adds Dir. Blackwood.

Georgia has seen an increase in fatal wrecks the last two years, and if you thought they were all involving teen drivers, think again. "A lot of them are people in the ages between 18 and 60," Dir. Blackwood says.

"That phone is a wonderful device, but combined with driving a car, it's a lethal weapon," states Dir. Blackwood.

Pierre will graduate from Douglas County High School next month. His goal is to be able to walk across the stage and accept his diploma. He's been working in therapy with Indego, a powered exoskeleton device he can wear to help him stand and walk. He's going to The University of Georgia in the fall, and will help with football recruiting  there. We will be rooting for him. 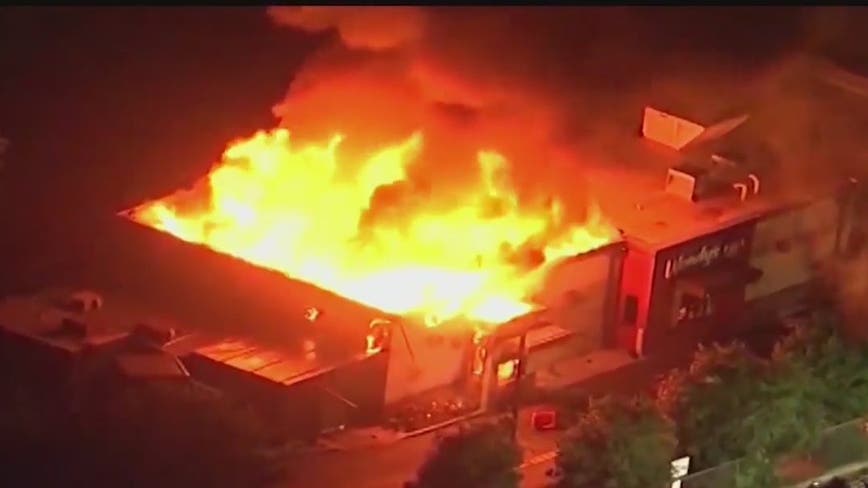