ATLANTA (FOX 5 Atlanta) - The new FOX series “The Passage” features a large ensemble cast of television veterans, including actors Henry Ian Cusick (“Lost”) and Jamie McShane (“Bosch”).  And because the show films right here in Atlanta, Good Day Atlanta’s Paul Milliken got a chance to sit down with the actors on the set and learn a little more about their experiences working on the project.

Cusick stars as Dr. Jonas Lear, who travels to Bolivia to search for a mysterious miracle cure and ends up infecting his best friend with a vampire virus.  McShane plays that best friend, which means he ends up spending much of the show locked up in a small cell.

For some actors, it might be a little challenging spending so much time confined in a tiny space, but as McShane joked to Paul, “In New York, that’s a two-bedroom!”

Meanwhile, Cusick says he’s having a great experience filming in Atlanta for the first time: "I'm blown away by Atlanta,” he says.  “I didn't realize it was such a cool little city.  I had no idea it was as cool as it is.  It's really funky and I've really enjoyed...hanging out at Ponce, the Beltline.  It's just a really cool city."

Click the video player above to check out more of Paul’s chat with Henry Ian Cusick and Jamie McShane – and don’t miss an all-new episode of “The Passage” tonight at 9 p.m. right here on FOX 5 Atlanta. 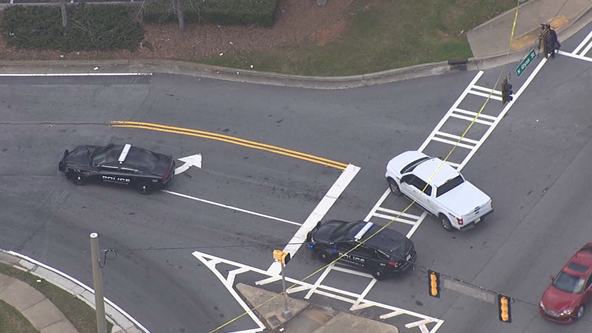