Burgers with Buck takes a bite out of Ted's Montana Grill's bison burger.

ATLANTA - George McKerrow was a celebrity restaurant owner, before that was a thing.

McKerrow started LongHorn Steakhouse in 1981 helping usher in the world of casual dining, and his folksy and humorous commercials made him (and the big-haired lady) a household name both locally and to some extent, nationally.

You may also be familiar with some of his other delicious handiwork like Atlanta staples Canoe, along the banks of the Chattahoochee River (a #BWB veteran), Aria in Buckhead, or his collaboration with another well-known Atlanta guy, Ted Turner. So what happens when you combine a media mogul and restaurant mogul?  Ted’s Montana Grill.

Turner, as you probably know, is a Montana ranch owner, and together with McKerrow they introduced bison to America’s table. Bison is a lean meat that is rich in Omega 3s, high in protein and iron, and has lower cholesterol levels than chicken. On top of all of that, it tastes great too. BTW… they have also contributed to creating a healthier, stronger and more prolific bison herd nationally. 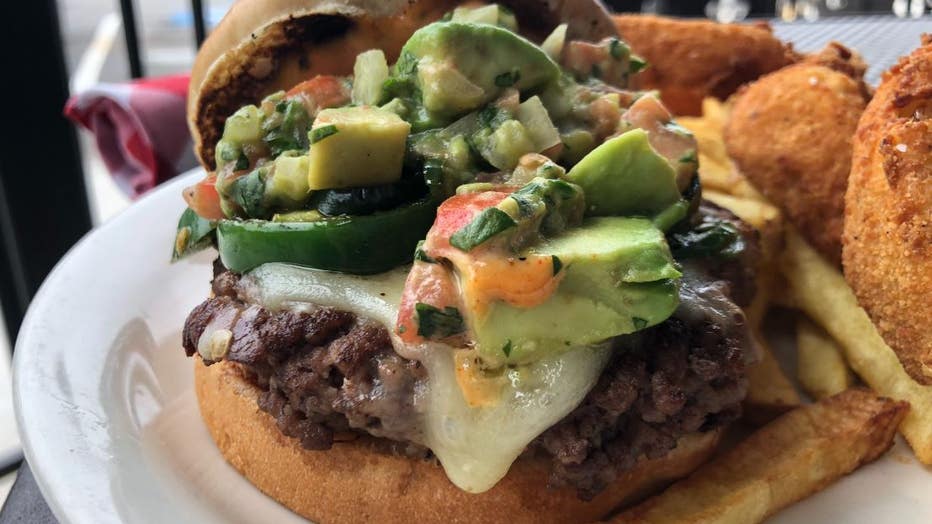 It’s hard to believe that it took 239 episodes of #BurgersWithBuck before we made it to Ted’s, but as they say, good things come to those who wait. This week, the restaurant founded in Atlanta in 2002, opened its 12th location in Atlanta, in the area that is now being referred to as the Upper Westside. The new location in Westside Village is a beautiful store in a booming area of town, so we decided to check it out for ourselves.

There are 15 signature burgers on the menu, available as premium beef or all-natural bison, and as far as #BWB is concerned, ‘When in Rome’, right. We’ve featured literally hundreds of beef burgers, and while that is a great option at Ted’s, we opted for the bison. McKerrow gave us two options, the Canyon Creek Burger (which is his personal favorite), and the Green and Hot Burger.

The Canyon Creek Burger is like a classic breakfast burger with a bit of a twist. It is topped with cheddar cheese, bacon, and a fried egg, but they also add jalapeno and raspberry jam to give you that perfect combination of sweet and a little heat. MMMM!

The Green and Hot Burger has a little more kick to it. It’s topped with pepper jack cheese, grilled jalapeno, and guacamole, with a Sriracha aioli that brings it all together. 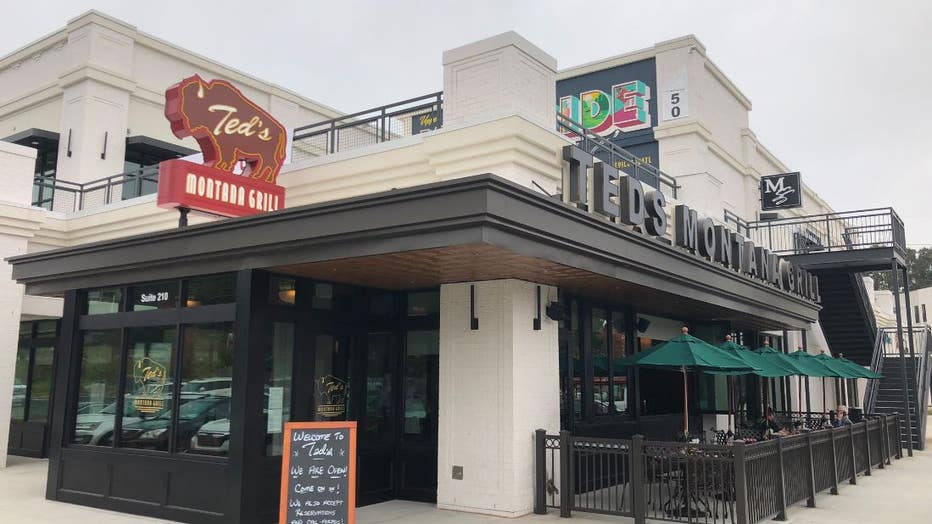 I’m thinking we could not have gone wrong either way, but we took McKerrow’s recommendation and tried the Canyon Creek, and we’ll call it a win-win. One, it was delicious, so that’s a win. Two, The Green and Hot gives a great excuse to head back to Ted’s.

For more information about Ted’s Montana Grill including the locations, menu and hours of operation, go to their website, https://www.tedsmontanagrill.com/ . And, as always, if you have a favorite burger that you would like to see featured on, tell me about it on https://www.facebook.com/BuckFOX5 or https://twitter.com/BuckFOX5, and don’t forget to use the hash tag #BurgersWithBuck and/or #BWB.