Temperatures ramping up quickly. Near record-highs expected this week.

ATLANTA - Temperatures are soaring into the 90s ahead of the last full week in May 2021.

A dome of high pressure over the mid-Atlantic is making the weather dry and hot.

Forecasts call for lots of sunshine and lows in the 70s. 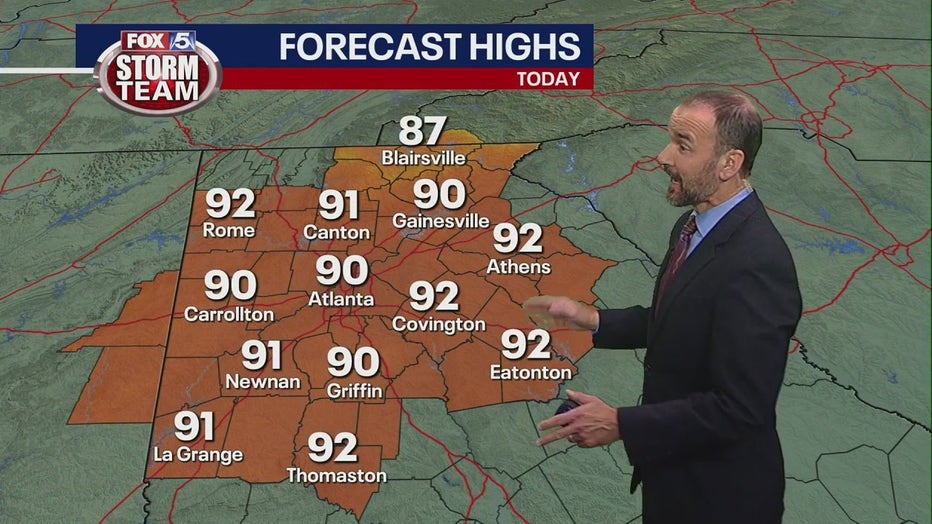 Daytime temperatures are predicted to stay in the mid-90s all through the work week with near-record to possibly record-tying heat expected.

Officially, a heat wave is three straight days of 90-plus temperatures. Georgia could hit heat wave status by Tuesday.

The highest chance of rain is during the weekend. Saturday presents a chance of precipitation. The FOX 5 Storm team reports European, GFS and Canadian extended models are bringing more of a zonal flow aloft and tries to bring a front through parts of the southeast late week into the weekend.

High temperatures this week mean people need to hydrate and use sunscreen. Older adults, children and sick people are at greater risk from extreme heat.