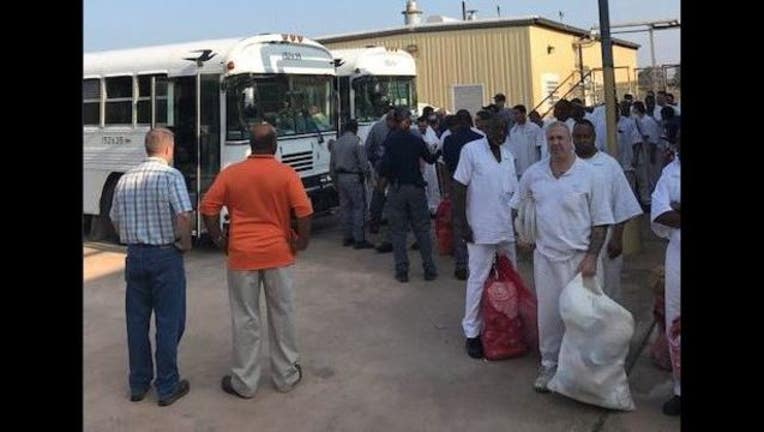 HOUSTON, Texas (KRIV / AP) - The Texas Department of Criminal Justice says about 1,400 inmates who were evacuated from Houston-area prisons affected by flooding are heading back to the lockups.

The Jester 3 and Vance Unit prisons are near Richmond, about 30 miles (50 kilometers) southwest of Houston and in an area flooded by the Brazos River.

Prison agency spokesman Jason Clark says officials are continuing to assess the flood situation at the Ramsey, Stringfellow and Terrell Units near Rosharon in Brazoria County.