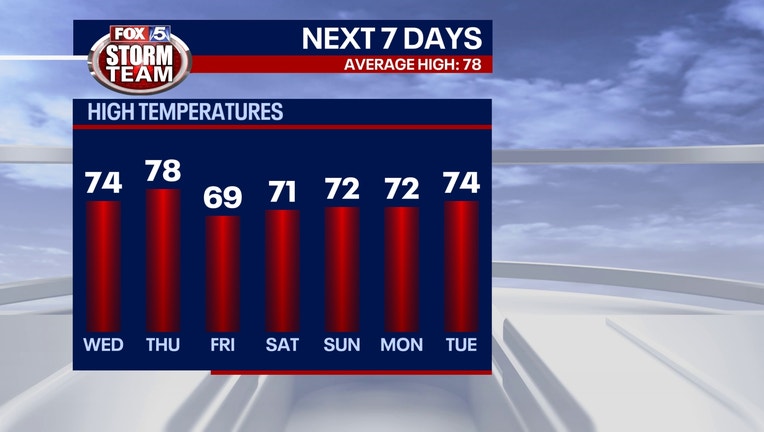 From Sept. 15, 2020 through the end of the month, Atlanta's average high temperature was just over 75 degrees. The last we had an average high that cool, was in 1979.

The similarities when comparing these two years are astonishing. They had the same hottest high temperature of 84 degrees, both had three days with highs lower than 70 degrees and four days hotter than 80 degrees. In addition to that, the rainfall totals had a difference of one one hundredth of an inch (5.52" in 2020 and 5.51" in 1979).

So, as we look ahead on what to expect the rest of the year, the Climate Prediction Center is suggesting slightly above average temperatures with average precipitation. However, if we consider how the rest of 1979 went, with the hottest temperature being 83 and the coldest being 21 degrees, we could be in for an early winter.

The other interesting part of the potential forecast for the rest of the year is rainfall. We've already exceeded our yearly precipitation average and could potentially climb into the top 10 wettest years on record. However, in 1979, the rest of that year was unusually dry with the second driest December on record (0.69").

Of course, a hot question this time of year is, "will we see snow?" It doesn't look too promising this year, based on the current climate prediction and the comparison to 1979. Never say never, it is 2020 after all.