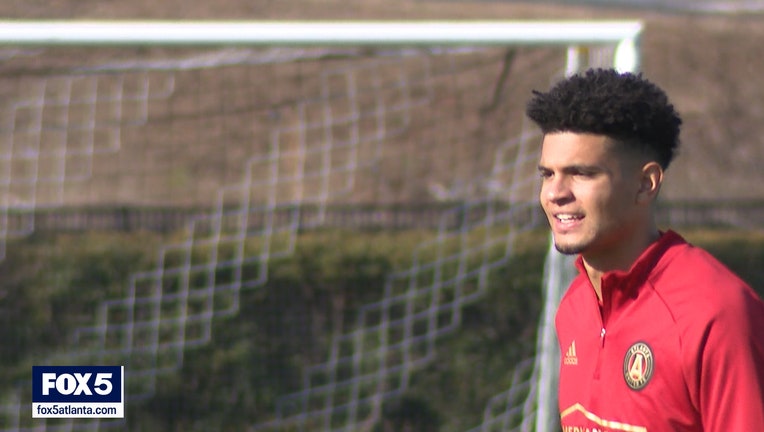 ATLANTA - As the United States prepares to open Olympic qualifying, one member of Atlanta United is hoping he can wear the red, white and blue in the near future.

Three Atlanta United players were named to the US Olympic qualifying roster, but were now allowed by their club to take part. Miles Robinson, George Bello and Brooks Lennon were all named to the team by United States under-23 head coach Jason Kreis. Robinson spoke on Thursday about his reaction to not being allowed to compete.

"I was definitely disappointed," said Robinson. "The fact is, I wasn't allowed to go. Definitely all of my support goes out to that team. Was texting some of the guys, I'm super excited, I have so much faith in them."

Had the Atlanta United players been allowed to take part in Olympic qualifying, it would've jeopardized their ability to play in Atlanta's CONCACAF Champions League matches and cost time in camp with new head coach Gabriel Heinze.

Jason Kreis, who is coaching the under-23 national team, has not closed the door on adding players to the Olympic roster even if they don't play in qualifying; though said not playing in qualifying may affect his decision-making.

Robinson says he hopes to play well enough for Atlanta United to be considered for the Olympic roster, should the US qualify.

"At the end of the day, hopefully I can be asked to go to the Olympics if they qualify," said Robinson. "For me, it's about trying to continue to play well this season so I have a potential spot on that team."

The Five Stripes open their MLS season in a month, with CONCACAF Champions League play just over two weeks away. Robinson is keeping his focus on the here-and-now, while keeping the chance to play in the Olympics in the back of his mind.

"It's about trying to work every day and become available for that selection based on how I'm playing this season," said Robinson. "Hopefully I'm on that list, on that roster. It's not really in my mind. I'm trying to live day by day and train day by day."