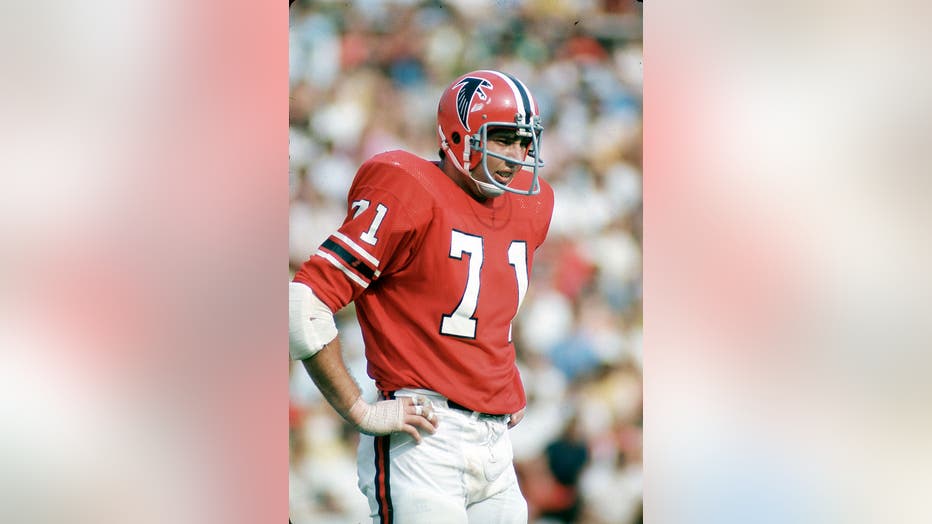 ATLANTA, GA - CIRCA 1972: John Zook #71 of the Atlanta Falcons looks on during an NFL football game circa 1972 at Atlanta-Fulton County Stadium in Atlanta, Georgia. Zooks played for the Falcons from 1969-75. (Photo by Focus on Sport/Getty Images)

Zook died Saturday in his native Kansas after a long battle with cancer. Initially a fourth-round pick by the Los Angeles Rams, Zook wound up in Atlanta after a pair of trades. He was with the Falcons from 1969-75, lining up on the right while Humphrey held down the left side. Zook made his only Pro Bowl appearance in 1973, joining Humphrey in the all-star game.