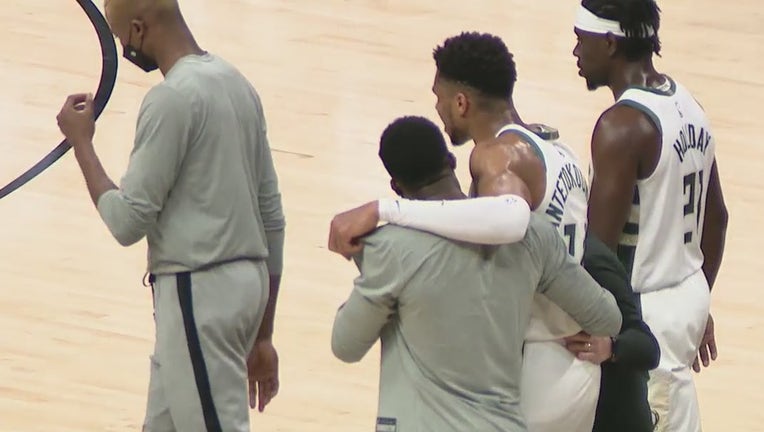 Bucks forward Giannis Antetokounmpo is helped off the court during Game 4 in Atlanta. (Photo: FOX 5 Atlanta)

ATLANTA (AP) - Milwaukee Bucks star Giannis Antetokounmpo has been ruled out of Game 6 Saturday of the Eastern Conference final against the Atlanta Hawks.

The two-time MVP will miss his second straight game in the series, which the Bucks were leading 3-2.

Antetokounmpo hyperextended his left knee in Game 4 after landing awkwardly trying to contest a dunk by Clint Capela.

Bobby Portis was expected to get his second straight playoff start after scoring 22 points and grabbing eight rebounds in Milwaukee’s 123-112 victory Thursday night. 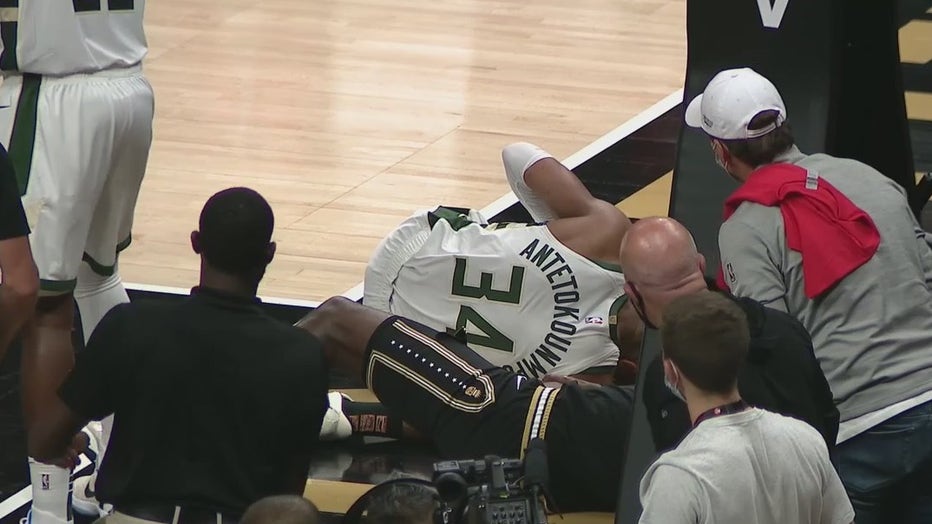 Atlanta’s best player, point guard Trae Young, had been listed as questionable on the NBA’s Saturday injury report. ESPN later confirmed Young would be a game-time decision. Then around 1 hour prior to tip-off, ESPN reported that Young would play in Saturday night's pivotal Game 6 matchup at State Farm Arena.

He missed the two previous games with a bone bruise in his right foot after inadvertently stepping on an official’s foot and twisting his ankle in Game 3.

Milwaukee can clinch its first trip to the NBA Finals since 1974 with one more victory over the Hawks, who haven’t reach the championship round since moving to Atlanta in 1968.

The East winner will face the Phoenix Suns in the finals.