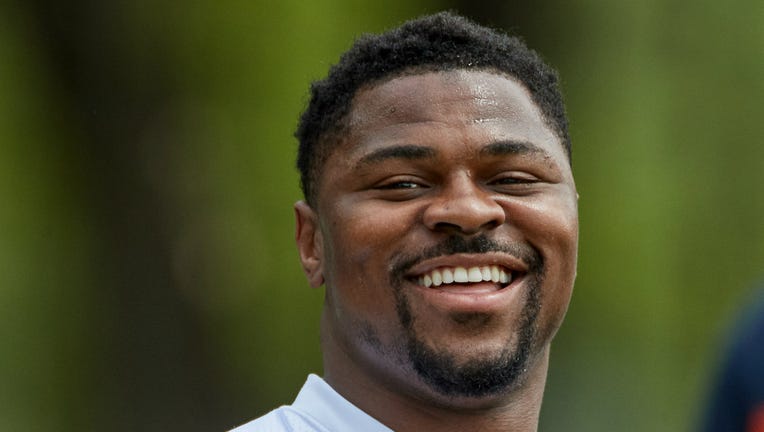 Chicago Bears outside linebacker Khalil Mack warms up during the Chicago Bears organized team activities or OTA on May 29, 2019 at Halas Hall in Lake Forest, IL. (Robin Alam/Icon Sportswire via Getty Images)

CHICAGO - Chicago Bears linebacker Khalil Mack is delivering Christmas cheer to residents of his Florida hometown by paying off all the holiday layaway accounts at a local Walmart.

“We here at Walmart would like to thank the Khalil Mack Foundation for your generosity, and for making so many families happy for the holidays,” the store wrote. “Everyone is truly grateful for everything you have done for them!”

The 28-year-old’s foundation had approached the store and asked to be a secret Santa, store manager Mathias Libardi told the TC Palm. Libardi said the donation covered more than 300 layaway accounts, but would not disclose the dollar amount.

The holiday gift was only one of Mack’s several acts of generosity this year.

Last week, the Chicago Chargers’ U14 Pop Warner football team was $5,000 short of the $20,000 they needed play in the Disney National Championship in Florida. With only days remaining to get the funds together, Mack donated $2,000 to the young players to help them reach the goal, WGN-TV reported.

Mack also paid for 100 cleats for all the football players at Fort Pierce Westwood, his former high school, before the start of this year’s season, according to the TC Palm.

The All-Pro linebacker has played for six seasons in the NFL. He was drafted by the Oakland Raiders in 2014 before he was traded to the Bears in 2018.