Fans are putting all their hopes in the Atlanta Braves are they prepare to face the Houston Astros on Tuesday night. Braves in-game host and radio personality Mark Owens joins Good Day to talk about the milestone over 20 years in the making.

The Braves will carry 12 pitchers and two 14 position players, including 2 catchers, 6 infielders and i6 outfielders.

The roster includes 24 players who were on their NLCS roster. 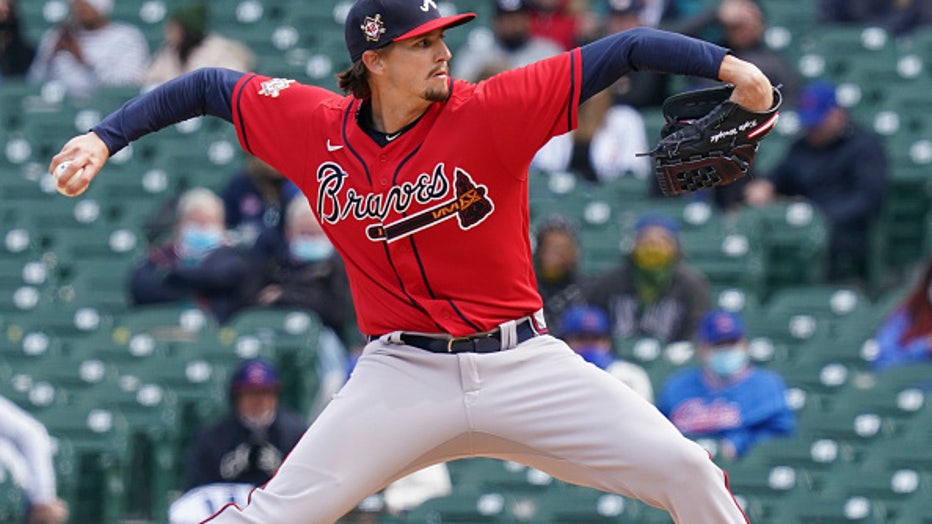 CHICAGO, ILLINOIS - APRIL 16: Kyle Wright #30 of the Atlanta Braves throws a pitch during the game against the Chicago Cubs at Wrigley Field on April 16, 2021 in Chicago, Illinois. All players are wearing the number 42 in honor of Jackie Robinson Day

While Wright only pitched 2 games with Atlanta in 2021, he was arguably the top pitcher in the Braves farm system this season. Pitching for the Gwinnett Stripers, Wright ended the regular season with the Triple-A East lead in innings pitched, strikeouts, and ERA for the season.

Gore also spent the season with Gwinnett but was added to the Braves’ roster for the National League Division Series against Milwaukee. He was used once as a pinch runner in that series, but was not on the roster for the NLCS.