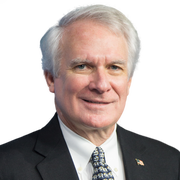 Philip A. "Phil" Kent is the CEO and Publisher of InsiderAdvantage Georgia and James Magazine.  As an author, columnist and media commentator, Phil regularly appears on Fox News Network, CNN, MSNBC, and syndicated talk radio programs across the nation.

His first book, "The Dark Side of Liberalism: Unchaining the Truth", was released in June 2003 by Harbor House and is available in many bookstores or on his website at philkent.com

A veteran award-winning journalist, Phil was an editorial writer, editorial page editor, and political columnist for The Augusta (Ga.) Chronicle for 25 years. He was also a co-founder and chairman of the board of advisors from 1997-2000 of the Washington, DC-based Editorial Information Network, an organization providing Capitol Hill information to the media.

In 1981-82, Phil served in Washington, D.C., as press secretary and public affairs advisor to the late U.S. Sen. Strom Thurmond (R-S.C.). After his tour of duty in the nation's capital, he returned to The Augusta Chronicle as editorial page editor and he traveled extensively around the globe and filed columns.

He was president of the Southeastern Legal Foundation, an Atlanta-based constitutional public policy law firm, from April 2001 to June 2003. He oversaw a court win in Charlotte over an illegal affirmative action plan, the filing of a lawsuit against the city of Atlanta over illegal use of impact fees and assisted in the omnibus federal lawsuit to overturn the McCain-Feingold campaign finance act.

A native of Auburn, N.Y., Phil is a 1973 graduate of the Henry W. Grady School of Journalism at the University of Georgia. He was a member of the Young Americans for Freedom in college and served as Georgia's state YAF chairman.

Phil was honorably discharged from the U.S. Army as a first lieutenant, military police, and served on active duty at Fort Gordon.

Phil is the executive director of the Monterey, Virginia-based American Immigration Control Foundation and a spokesman for its sister group, American Immigration Control. He is also a member of the National Conference of Editorial Writers and the Military Order of World Wars, and serves on the board of The Buckhead Club and the Atlanta Senior Citizens Services organization. He further serves on the advisory board of the Washington-based ProEnglish organization.

He is married to the former Bonnie Lever and has a son, Philip, Jr., of Augusta.