FAIRBURN, Ga. - A driver is dead after being hit by a car going the wrong way on southbound Interstate 85 early Wednesday morning, police said.

Wrong-way driver kills man on I-85

Police say they suspect the driver of being under the influence.

The wreck happened in the southbound lanes right at the Fulton-Coweta County line around 1 a.m., about a half-mile north of the Collinsworth Road exit.

Authorities tell FOX 5 25-year-old Ramsey Hag was driving his white BMW northbound in the southbound lanes of the interstate when he collided with a gray Nissan. The driver of the Nissan, identified as 26-year-old Samuel Postelle, was killed instantly. 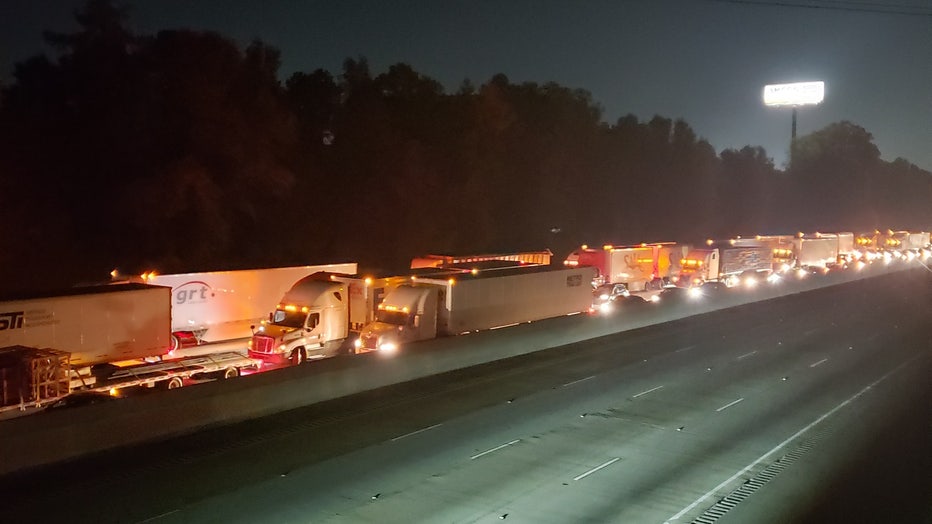 Backup from wreck went for miles

Police say Hag was critically injured and rushed to the hospital. Officials told FOX 5 that he is suspected of driving under the influence of alcohol.

I-85 on the south side was closed for hours as authorities investigated the terrible accident. Just before 4 a.m., authorities hauled away the vehicles and reopened the road.