A citizen cast one vote and requested an absentee ballot for another vote using the Secretary of State's election manager's home address.

ATLANTA - Just hundreds of steps from his office at the capital, Secretary of State Elections Manager Gabriel Sterling has a special delivery to make.

Sterling is here at the Fulton County Elections Division to file an election challenge.

"It would have been absolutely illegal voting if this wasn’t stopped," said Sterling.

The challenge took place after Sterling got a third-party election flyer at his Sandy Spring home reminding a voter named Meron Fissha to pick up the absentee ballot she requested and be sure to "Return it quickly to ensure your vote is counted."

There was one problem. Meron Fissha had sold her house to Gabriel Sterling in 2018 and moved to Maryland, according to Sterling’s election challenge.

"I mean of all the ironies to come to my house, so I could go and look it up and sure enough she had requested the ballot be sent to Maryland," Sterling said.

Sterling says voting records show Meron Fissha requested and returned an absentee ballot in the November general election. But, she wasn't living in the house listed on her voting records. Gabriel Sterling's house.

"That would be illegal voting," said Sterling. 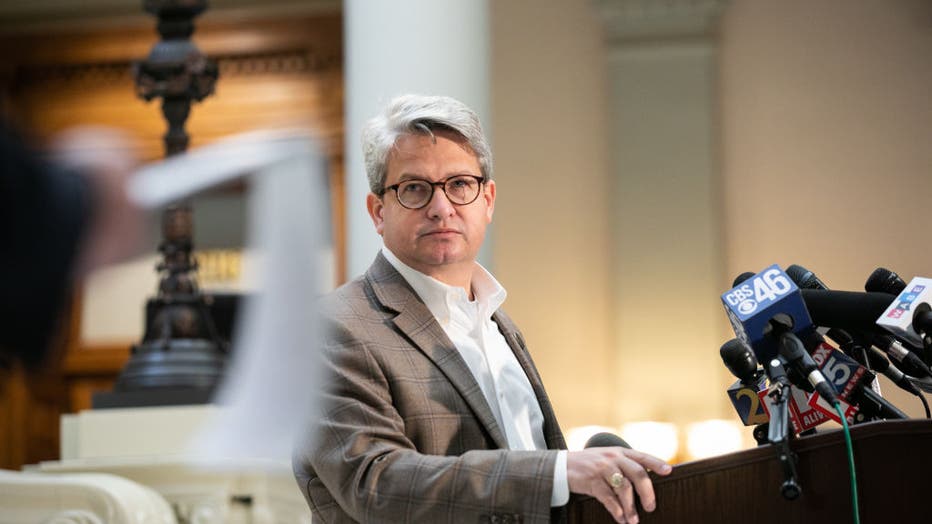 Despite his election challenge, Sterling says he and his boss, Secretary of State Brad Raffensperger, still say they have found no widespread voter fraud.  Sterling says they have checked for multiple votes at the same address and found no other problems. This, he says, is an isolated and ironic problem.

When asked what were the chances this would happen at his address, Sterling replied, "The Lord moves in mysterious ways."

FOX 5 reached Meron Fissha in Maryland. She told us she lives and works in Atlanta. She said she requested the absentee ballot be sent to Maryland because she was helping her brother with a medical issue. A man, who said he was her brother, told us she has been visiting him to help him.

Meron Fissha admitted she voted in November and says she hadn't "updated" her address. She plans to do that now.