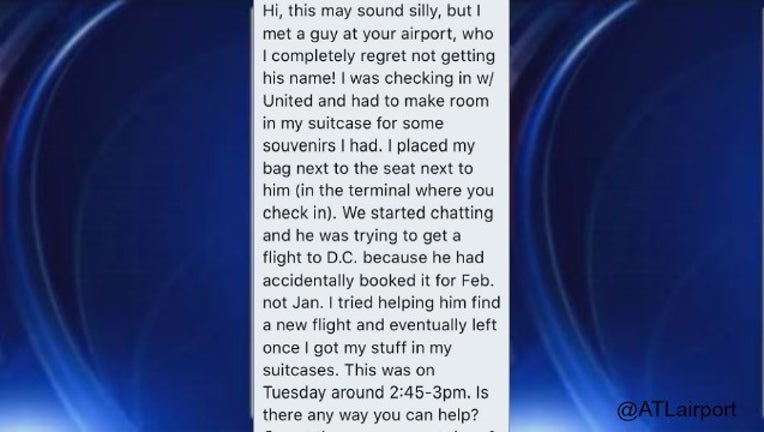 ATLANTA - One woman is asking the Hartfield-Jackson Atlanta International Airport to help her location a guy she had a “missed connection” with.

The facebook post reads, “We received a special request from one of our passengers who had such an encounter at ATL Airport and has asked us to help her find this gentleman.”

The woman wrote to the airport telling them she met a guy while checking in with United Airlines. The mystery man is described as English, blonde with light colored eyes, and is said to have been wearing a maroon sweater.

According to the woman, “We started chatting and he was trying to get a flight to D.C. because he had accidentally booked it for Feb.” The Airport is using the hashtag #FindDCguy to reunite the pair.

The message ends, “Sorry if this is completely ridiculous!”

We’re rooting for you, mystery couple!