COLLEGE PARK, Ga. - The pandemic turned much of the human world upside down. But the FOX 5 I-Team discovered a forgotten victim: dogs.

Specifically, ones seized in cruelty cases, yet stuck in shelters waiting for the case to get before a judge.

On a visit to the Fulton County Animal Shelter, we saw some dogs held since May 2021. In DeKalb County, a dog has been there since March 19, 2021. 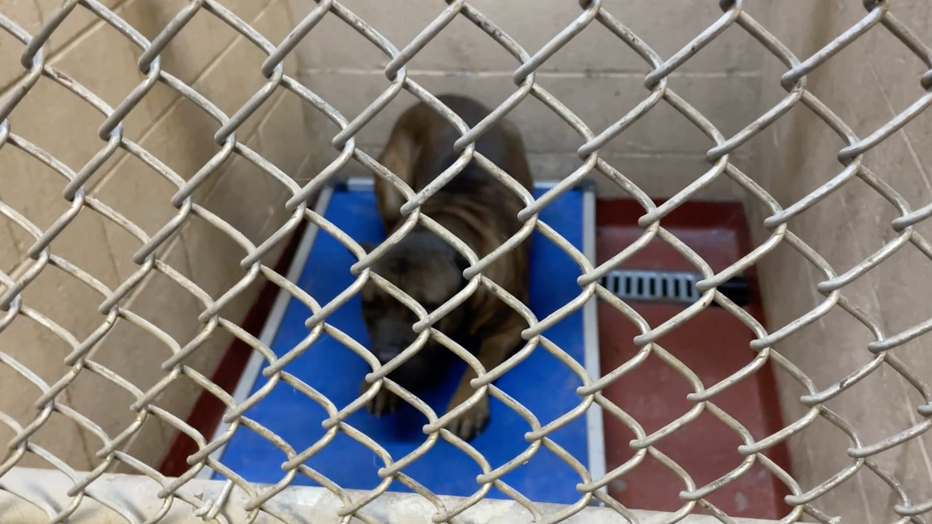 Saffron is a Cane Corso who has spent half his life in the Fulton County Animal Shelter. He's an alleged abuse victim, but the pandemic has delayed any trial for his owner.

But for some, it’s coming up on two years.

"There’s no reason why we should be keeping animals for two years in any case," argued Claudine Wilkins, founder of the Animal Protection Society, a non-profit dedicated to fighting animal abuse. 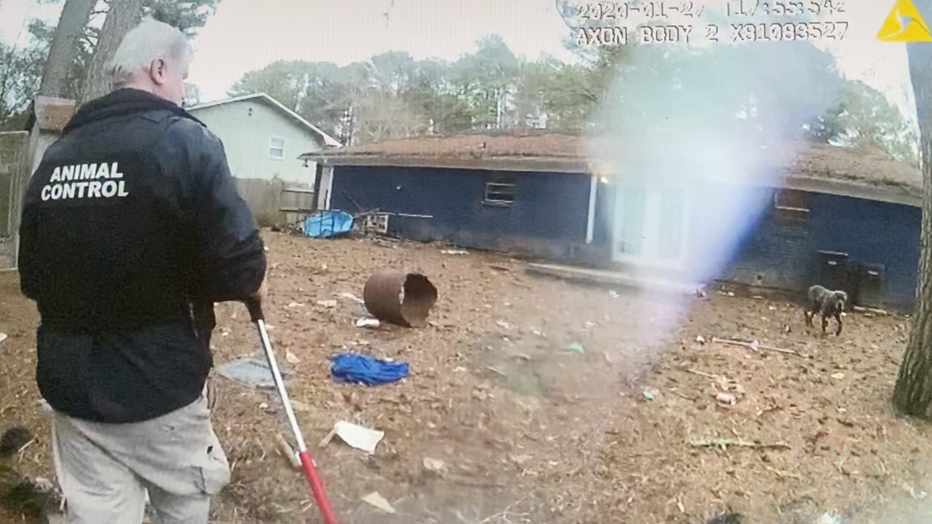 In January 2020, animal control officers say they found evidence of animal abuse at this College Park home and seized 10 dogs. But the dogs' owner insists she will be found not guilty whenever the case goes to trial. (APD bodycam)

On January 27, 2020, Fulton County Animal Control officers responded to a call of dogs loose at a home in College Park.

Authorities had been there many times before. On this day, according to their report, they found dogs living in "unsanitary conditions all around the property," with one dog "being kept in a bathroom that was covered in feces."

They seized 10 dogs — all AKC registered Cane Corsos — and accused breeder Ceclynn Sherrer of misdemeanor animal cruelty. One of her dogs was pregnant and gave birth to six puppies while in the shelter.

Corsos can grow to 150 pounds. Despite their intimidating size, they are considered docile, intelligent and friendly.

Two years later, five of those Cane Corsos remain in the aging, overcrowded Fulton County animal shelter while the rest are being cared for by foster families with no solution in sight.

"I’d really love to get a court date," Sherrer told the FOX 5 I-Team. 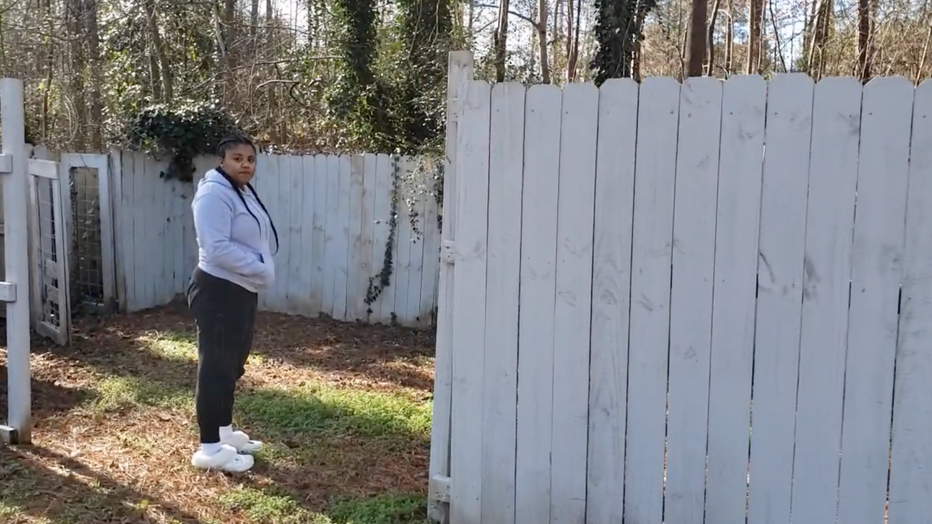 Ceclynn Sherrer declined a plea bargain that would have freed her dogs from impound. She believes she'll be acquitted whenever her abuse case goes to trial.

Sherrer denied abusing her animals and predicted she’ll be acquitted once her case gets to trial.

She said in January 2020 her yard was muddy from days of heavy rain, and the feces officers saw through the bathroom window was actually tile grout from some remodeling work.

"You see brown stuff on the floor you’re going to assume it’s a dog that stepped in poop all over the floor," she said. "But it wasn’t feces. It was grout."

With no plea bargain possible and trials delayed by the pandemic, in June 2020 the Fulton County Solicitor’s Office filed a Cost of Care Petition, asking a judge to order Sherrer pay the expense of impounding her dogs: $5400 a month, roughly $65,000 a year.

It’s a tactic sometimes used to convince an owner to surrender their rights to dogs so they can be adopted or, in some cases, euthanized if they’re deemed too dangerous.

But before the judge could rule, Sherrer filed bankruptcy and listed those dogs as assets worth a total of $9000. 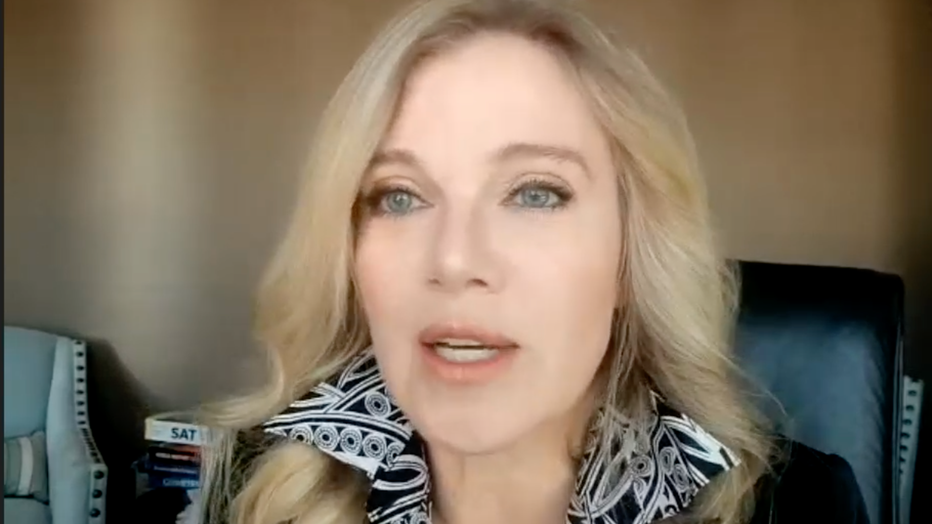 Animal protection advocate Claudine Wilkins helped write the law that can make owners pay for the cost of caring for animals in abuse cases. She's frustrated the law wasn't used more forcefully with the Cane Corsos.

Sherrer said she filed bankruptcy to protect her investment.

"They’ve been trying to play just any kind of harassment game that they can with me to get rid of my stuff without giving me a fair trial," she explained.

No one from the Fulton County Solicitor’s Office would respond to repeated calls for comment.

Animal Protection Society’s Claudine Wilkins said prosecutors should have fought harder to convince the judge to grant the Cost of Care petition regardless of the bankruptcy.

"You cannot hide behind bankruptcy in a criminal case," she said.

Wilkins helped write the Cost of Care law, passed in 2016.

"The whole purpose of this tool, of this law, was to not allow animals to languish in cages," she explained. "It’s not just the animals going crazy in the cage and continuing to suffer. It’s the lack of cage space for the shelter. To use that cage for adoptable animals. More dogs are euthanized if cages are tied up with evidence animals." 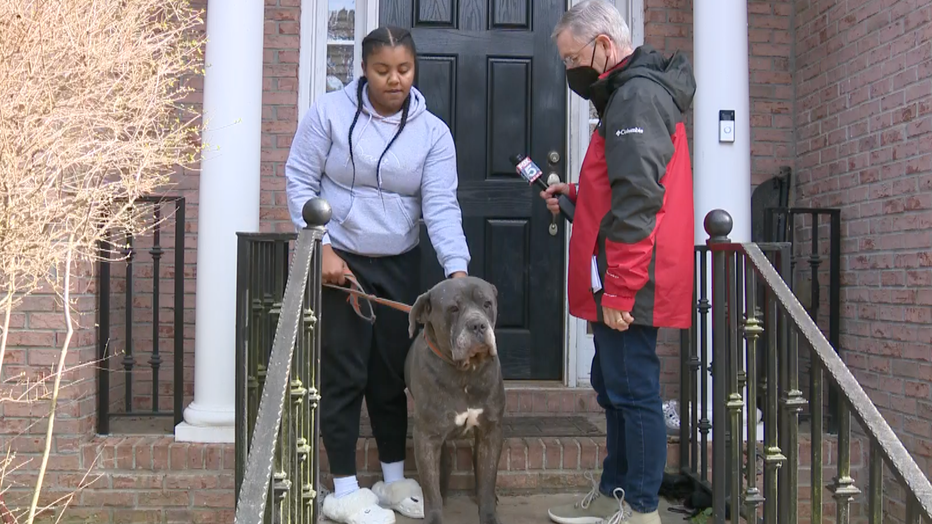 Fulton County did return two of the Corsos to Sherrer, citing old age and health issues. They now live with her three other dogs that the county did not seize in 2020.

However, that pushed her over the four-dog maximum allowed in Fulton County. In November 2021, Sherrer was given a special permit to exceed that number.

Lifeline Animal Project runs animal services for both Fulton and DeKalb counties. Founder Rebecca Guinn said the permit was issued so they could maintain better monitoring of the dogs.

"We want to do the right thing, but in this case there is no right answer," she explained.

Guinn said a second litter of Cane Corso puppies was accidentally conceived in the shelter. Those are also in foster care.

Sherrer offered a compromise on this two-year impasse.

"If they returned them to me, I’d be happy to re-home them," she said.

To date, no trial has been set.