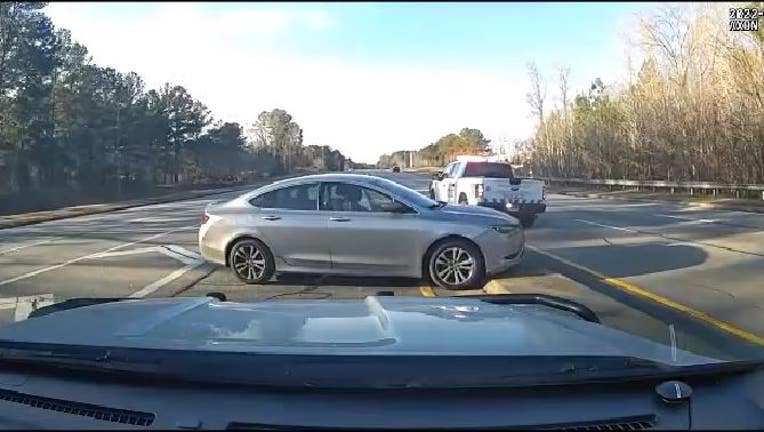 Officials say around 4:30 p.m. Tuesday, Peachtree City officers were trying to get in contact with a wanted suspect at the Pit Stop on Highway 74.

Instead of stopping, police say 20-year-old Atlanta resident Jordon Johnson fled in his car and sped off.

The chase ended when a Peachtree City officer used a PIT maneuver, turning Johnson's car and allowing officers to take him into custody.

"The quick and skillful resolution by one of our well-trained officers thankfully ended this dangerous driver’s ongoing refusal to accept accountability for endangering the public," the Peachtree City Police Department wrote on Facebook.

Johnson is now booked in the Fayette County Jail charged with felony fleeing, driving with a suspended license, and other charges.