The American Deli inside the South DeKalb Mall was forced to close due to a severe rodent infestation and it was all captured on video by a security guard.

DEKALB COUNTY, Ga. - A mall restaurant was forced to temporarily shut down over a severe rodent infestation.

The disgusting discovery was captured in a now-viral video.

It happened at the American Deli inside the South DeKalb Mall.

D'Andre Clark recorded the video where you can see several rodents running around inside the business.

"The first thing I thought was 'I've eaten here on multiple occasions and that just struck me real hard because there's no telling how sick I could have gotten from that," Clark said.

He captured the disgusting infestation last week during his shift as a security guard.

"After I seen that and posted it and everybody saw it, I still came into the mall the next day before they suspended me and saw that people were still lining up there," he said.

The video has racked up thousands of views on social media including the DeKalb County Board of Health.

The department said an inspector was here within the hour of getting the complaint.

"Disgusted. I was just completely disgusted," one shopper said.

Several said they'll likely stay out of the food court after seeing the video.

"I wouldn't eat there. I'll stick to what I know. I'm not gonna lie. No, nowhere in there," two friends described. 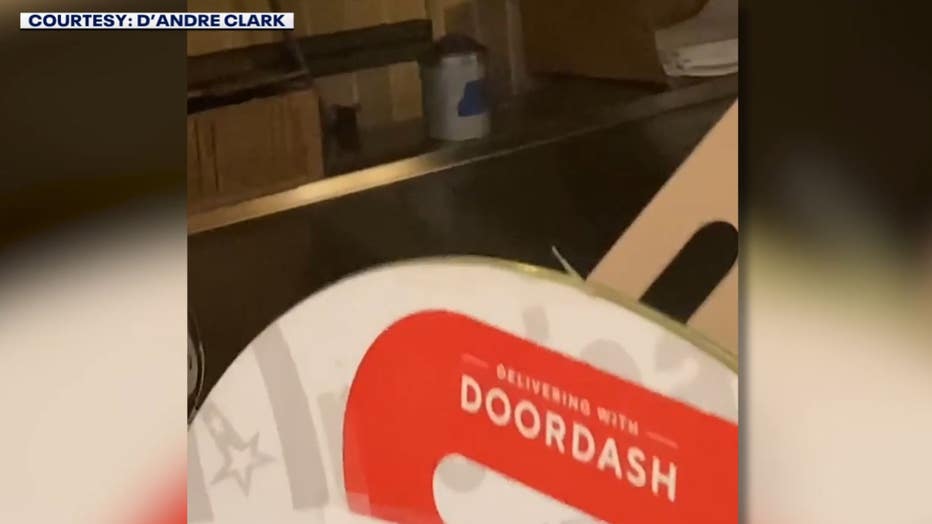 The health department said American Deli's management voluntarily agreed to temporarily close down to clean and allow pest control to treat the facility.

A blue tarp now is covering the front of the business.

In March, the restaurant failed an inspection and the inspector found a light roach problem during a follow-up.

FOX 5 reached out to American Deli for comment but we haven't gotten a response.

Inspectors will monitor this situation daily.

The health department said they inspected all the restaurants inside the mall on Monday. They only found a rodent infestation at one additional restaurant, Benzino’s Crab Trap. This restaurant is currently out of business.

As for Clark, he said he was suspended from the security job after sharing the video and isn't sure if he's coming back.