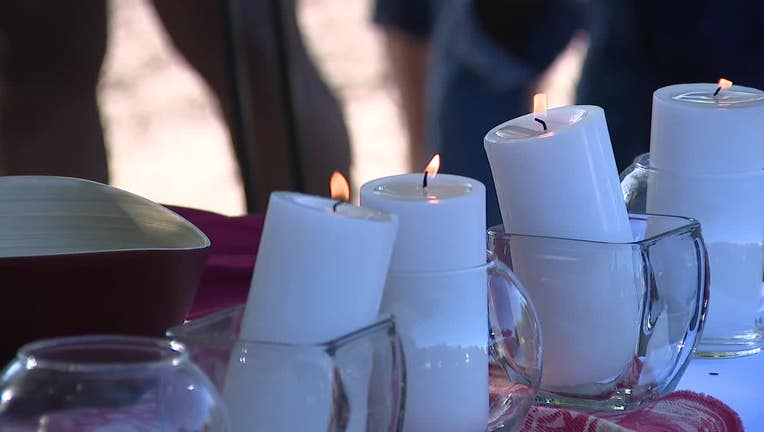 Candles burn during a vigil on May 17, 2022, for the victims of the Buffalo mass shooting (FOX 5)

DEKALB COUNTY, Ga. - A vigil was held in Georgia on Tuesday evening honoring the victim killed in Buffalo after a white supremacist targeted Black people with an assault rifle at a supermarket.  Ten people died in the attack.

Metro Atlanta residents gathered at the Big Bear Supermarket on Candler Road in DeKalb County. Those in attendance said communities need to join together to find solutions to end violence. 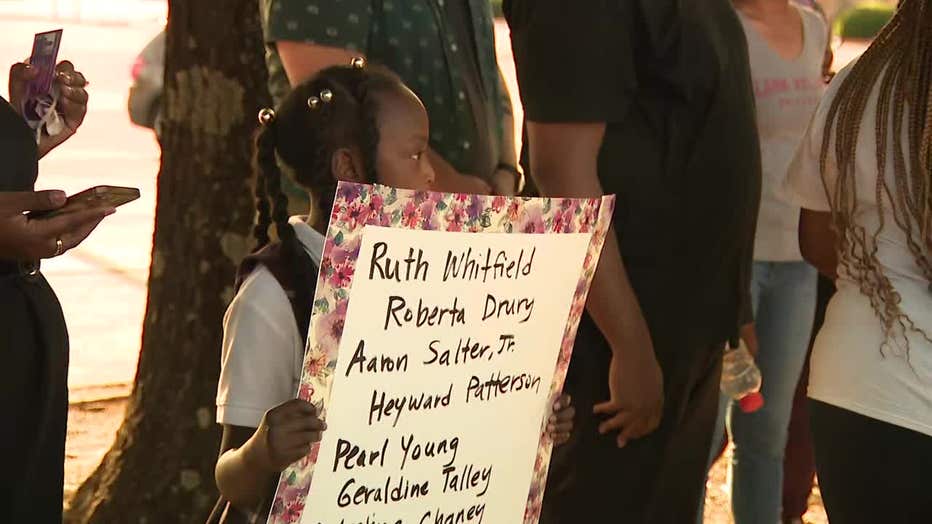 A young girl holds the names of those killed over the weekend in a mass shooting at a Buffalo grocery store during a vigil in DeKalb County on May 17, 2022. (FOX 5)

Porche Miller told FOX 5 a member of her family usually shops at the Buffalo grocery store on Saturdays.

"Actually, the day that it happened, that was my aunt's…routine day to go to the grocery store and to go pay bills. Ten minutes after it happened she went to the store. So, she missed the whole incident. Thank you, God," the activist said. 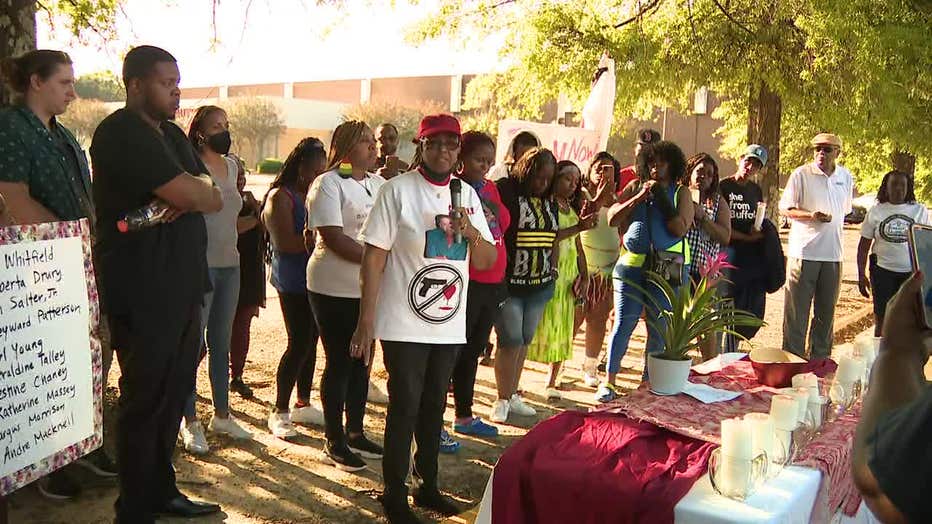 A woman leads a crowd in prayer for the victims of the Buffalo mass shooting during a vigil in DeKalb County on May 17. 2022. (FOX 5)

Payton Gendron, 18, was arrested at the supermarket and charged with murder. He has pleaded not guilty.

Before the shooting, Gendron is reported to have posted online a screed overflowing with racism and antisemitism. The writer of the document described himself as a supporter of Dylan Roof, who killed nine Black parishioners at a church in Charleston, South Carolina, in 2015, and Brenton Tarrant, who targeted mosques in New Zealand in 2019.

So far investigators are looking at Gendron's connection to what's known as the "great replacement" theory, which baselessly claims white people are being intentionally overrun by other races through immigration or higher birth rates. 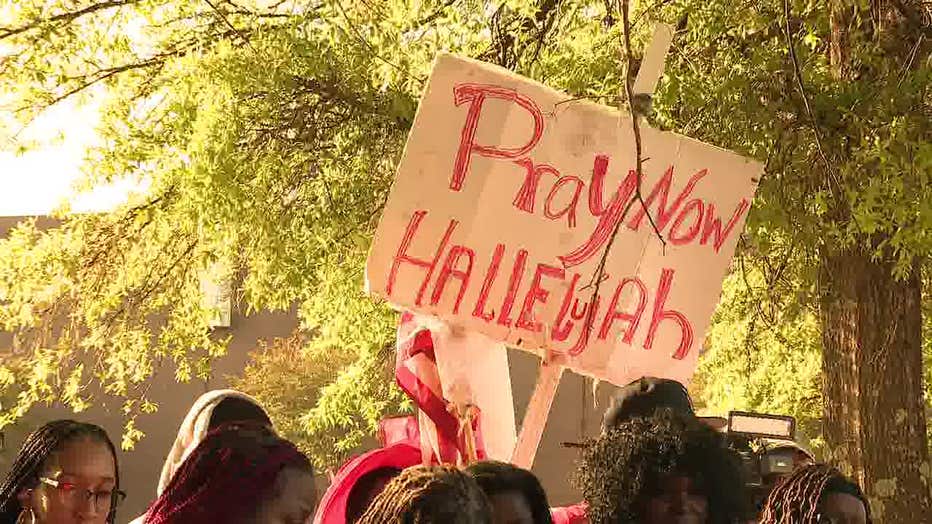 The racist ideology is often interwoven with antisemitism, with Jews identified as the culprits. During the 2017 "Unite the Right" march in Charlottesville, the white supremacists chanted "Jews will not replace us."

Those at the DeKalb County vigil said they chose Big Bear because it is in the center of a Black community, but it wasn't even a year ago that the grocery store was a site for violence. They said violence comes in many forms and they must work to eliminate it all.