How the youth is views the Buffalo mass shooting

Dr. Cedric Alexander says free speech, even when it is hate speech, should never end in a mass murder and it is important to monitor how today's youth a viewing this recent atrocity.

ATLANTA - There's no doubt social media has given unprecedented access to the criminal mind, and in the case of the Buffalo grocery store killing, police and federal investigators said they have the online manifesto and a live-stream of the massacre inside Tops Supermarket as evidence to a hate crime.

The 18-year-old murder suspect, Payton Gendron, is believed to have been influenced by White supremacist teachings and rhetoric. Investigators said he bought into the so-called "great replacement theory," a conspiracy theory whose believers think there’s a plot to diminish the influence of White people.

BUFFALO SHOOTING SUSPECT AIMED TO KEEP KILLING IF HE GOT AWAY, POLICE SAY

Ten people were killed and three others were wounded. Authorities said 11 victims are Black and two are White. Most of the victims were elders, a distinction that historically carries weight in Black communities. The same was true for several of the nine Black people killed in 2015 in a racist attack at a historic Black church in Charleston, South Carolina. 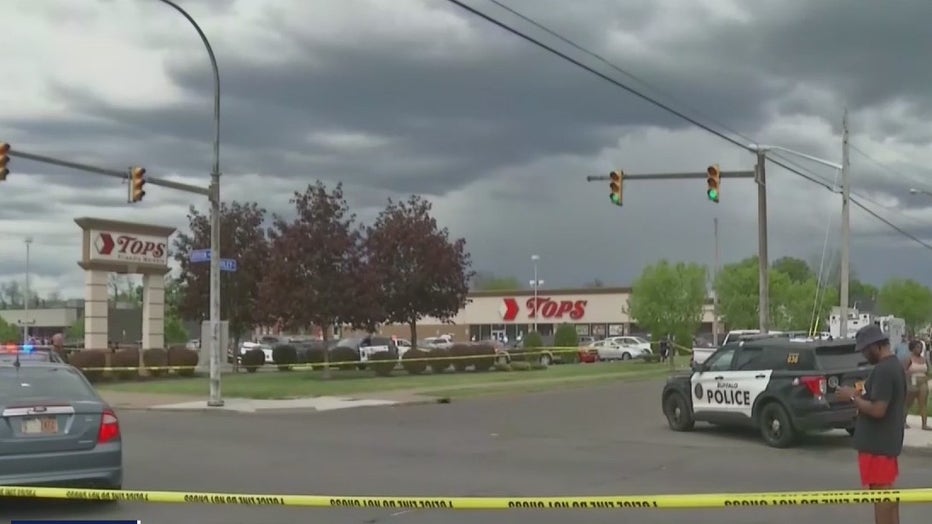 Police swarm a grocery store in Buffalo, New York after a deadly mass shooting which investigators now believe was a hate crime on May 14, 2022. (FOX News)

BUFFALO SHOOTING SUSPECT ONCE THREATENED HIGH SCHOOL, WHAT ELSE IS KNOWN ABOUT THE 18-YEAR-OLD

Dr. Cedric Alexander said it's important to monitor what adults say to young people about the suspect, the crime and how much you view on social media about this massacre.

"I think we have individual responsibility to keep ourselves emotionally and psychologically healthy. Sometimes you just have to do something else. Get it off your phone or your laptop. Turning it off is always an option, but you're going to have to wrestle with the part of you that's going to want to see it because you're hearing it. But ultimately, it can impact you, your children and your family members," said Dr. Alexander. 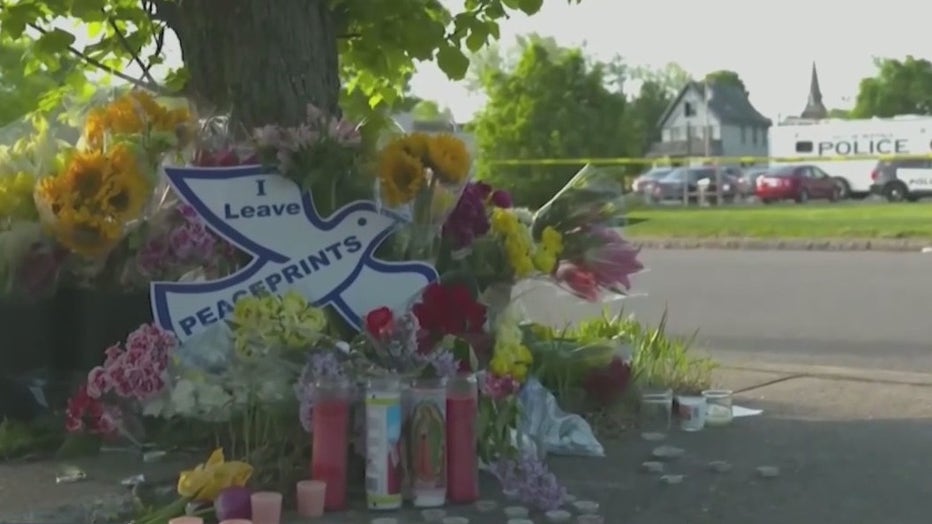 A makeshift memorial grows after a deadly mass shooting at a grocery store in Buffalo, New York on May 14, 2022. (FOX News)

Dr. Alexander spent decades in law enforcement -- following a career as a clinical psychologist, including several years as the DeKalb County Public Safety Director. He said the violence inside the Buffalo, New York grocery store Saturday night should also prompt Americans to revisit some candid conversations about hate speech and its impact on violence.

"We all have a constitutional right to say what we wanna say, but once we get to a point where we're influencing people in ways that can be harmful then we really have to step back. Hate and evil cannot become a norm in our society because we will never stay a strong democracy, we will never be the country we proport to be when we have a level of divisiveness that sends people hunting for people because of their race or gender or sexual preference," said Alexander.

Dr. Alexander’s bottom line is free speech, even when it is hate speech, should never end in a mass murder.