The American Association of University Professors discovered USG Board of Regents violated principals of academic freedom and tenure. USG could face censure if the board doesn't restore due process to academic faculty.

ATLANTA - The University System of Georgia could soon face a censure after changing its policy on tenure for professors.

Tenured professors said there's been a lack of explanation about why the policy was changed.

They said the censure will have lasting negative effects that will take years, if not decades, to recover from.

"It's very unusual for the AAUP to censure a whole institution," University of Georgia Professor Janet flick said.

The American Association of University Professors said they'll likely impose censure next year if the Georgia Board of Regents doesn't restore academic due process to tenured faculty.

The censure doesn't have any legal binding, but the organization said it shows that the university system failed to follow its own high standards or those of the AAUP which the system generally follows.

"It's going to hurt our ability to recruit top-level faculty and administrators for high-level positions because it shows we are out of step with the larger American higher education system," Frick told us. 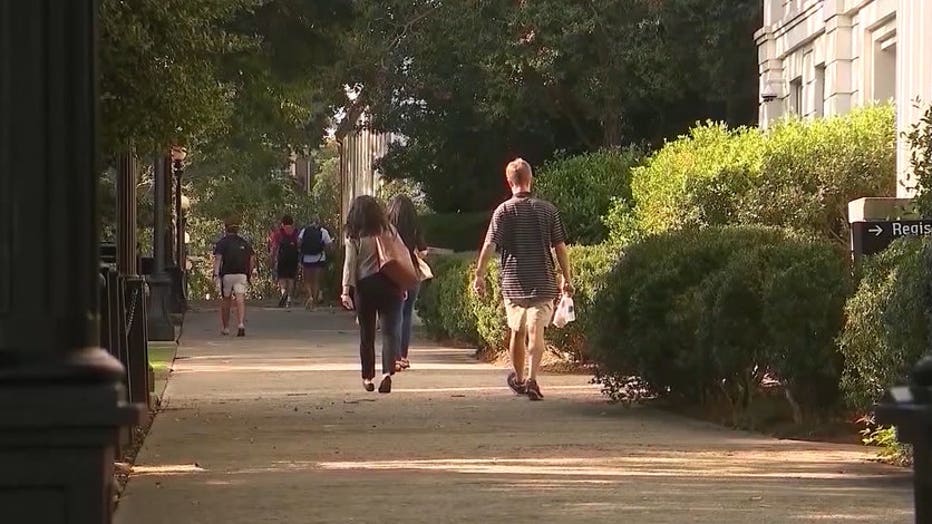 Under the previous policy, a tenured professor could be fired after a peer-review process.

"The Board of Regents took away peer review and the only people deciding now if people keep their jobs is their bosses," Dr. Matthew Boedy, the president of the Georgia chapter of the AAUP said. "That's why were saying the University System and Board has gutted or killed tenure."

USG's Acting Chancellor strongly disagrees with the report's conclusion and said there's a small number of tenured faculty who have not fulfilled the expectations of delivering a high-quality educational experience as judged by their peers.

In a lengthy response, she goes on to say in part that "it is unacceptable for an institution to have knowledge of a faculty member’s unsatisfactory performance over time and not address it. So, usg has adopted revised language that ensures both professional growth and development as well as professional accountability."

"I don't know of the board of regents' cares. The longer you're on this list, the worse it gets because your reputation continues to go down," Boedy detailed.

Following the policy change in October, the AAUP investigated and just announced that they discovered a "flagrant violation of long-established principles on academic freedom and tenure" as well as violations of AAUP's standards of academic governance.

"The purpose of tenure is to prevent the over-politicization of faculty speech, faculty research," Flick detailed.

"This is basically a form of red tape to appease those who can't believe state university faculty are exploring issues of oppression, race, economic inequality," Dr. Timothy Hedeen said. He's a professor at Kennesaw State University.

The organization claims faculty should have played a primary role in developing any policy review changes.

"This policy is a threat. It’s intimidation," Hedeen went on to explain.