ATHENS - A University of Georgia student is facing new charges of peeping on women after he was arrested a few months ago on a similar charges.

Hunter Bramlett, 22, faces a charge of felony peeping after he was discovered in a stall in a women's bathroom at Joseph Brown Hall.

The UGA police report states the business manager told police she entered the women's bathroom late last week after a complaint of a man in the stall.

The report states Bramlett came out of the stall saying, "Oh my God, this is a women's bathroom."

On Monday, Bramlett turned himself in to UGA police on a charge of felony peeping.

For UGA student Katelyn Spencer, the thought of privacy invaded is scary, which is why she bristles after hearing of the arrest of UGA student Hunter Bramlett.

"Everyone that I've heard who heard about it, I mean, a bunch of my guy friends are very upset about it, and so that just shows that guys don't think it's appropriate in general," said Spencer.

Bramlett's arrest follows an arrest in October of last year for an incident at the physics building where he was charged with felony eavesdropping. According to the Athens Banner Herald, Bramlett was busted for taking pictures of a woman in the bathroom there.

Bramlett's status at UGA remains unclear. A UGA spokesperson told FOX 5 the matter is currently under investigation with the Equal Opportunity Office.

Efforts to reach Bramlett were unsuccessful. He has bonded out of the Athens-Clarke County Jail. 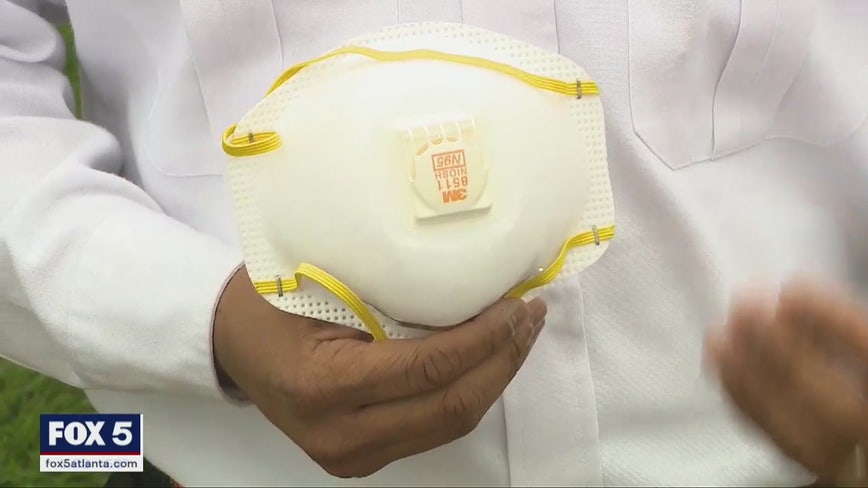