A fire involving a Walgreens truck has shut down the intersection of Briarcliff and North Druid Hills Road.

ATLANTA - All lanes are back open after a fire involving a Walgreens tractor-trailer shut down a major Atlanta intersection, causing delays and large traffic backups.

FOX 5 cameras picked up a loud explosion and saw a truck parked in a nearby Walgreens fully enveloped in flames.

Fire crews quickly responded to the scene and worked to extinguish the blaze.  While most of the large fire has been put out, the smoke still remains at the intersection.

According to a witness, the truck hit a pole, which fell let off the spark that started the fire. The driver inside was able to escape. 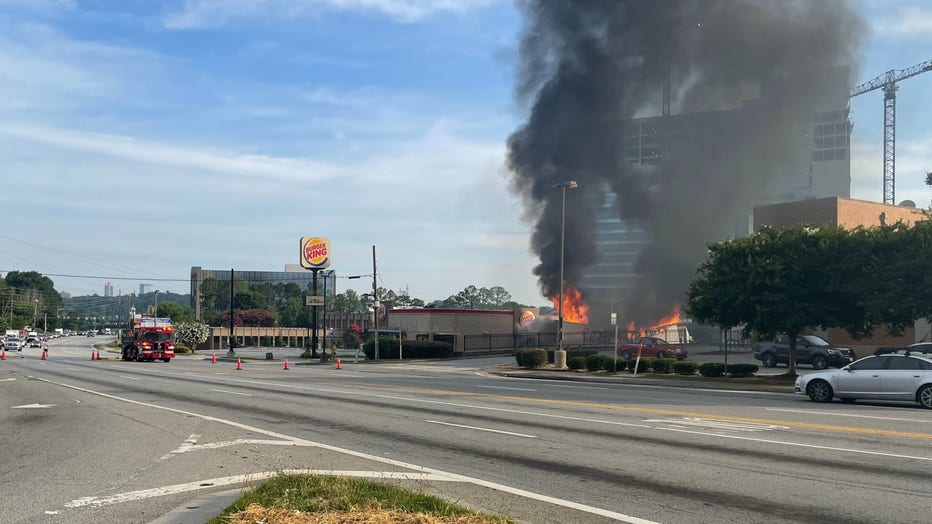 Crews diverted traffic around both North Druid Hills and Briarcliff Roads while they work on the scene. Drivers should expect major delays and plan alternate routes.

Officials have not said if anyone was injured in the fire or the cause of the blaze.