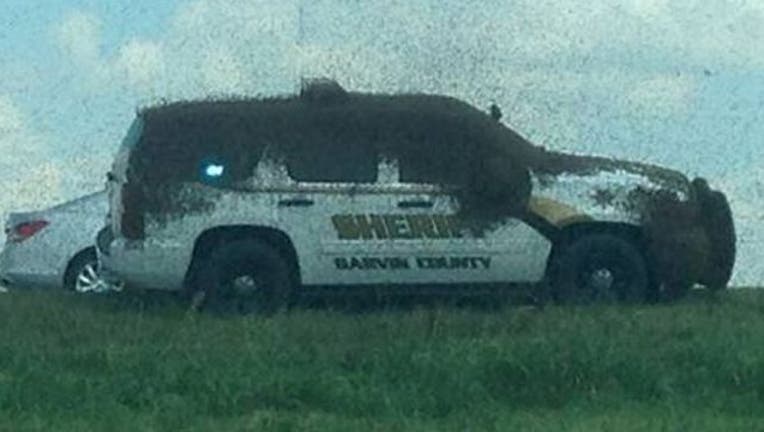 Hundreds of thousands of honeybees were suddenly set loose on an Oklahoma interstate Tuesday after a truck hauling the insects overturned.

The accident on southbound Interstate 35 in Garvin County, south of Oklahoma City, was first reported to authorities at around 1 p.m. local time. KOKH-TV reported that dozens of crates containing thousands of bees were scattered along the nearby exit ramp.

An image released by the Oklahoma Highway Patrol showed a Garvin County sheriff's department vehicle coated by bees. Remarkably, Sheriff Larry Rhodes told the Daily Oklahoman that the deputy driving the vehicle, Carl Zink, suffered only one bee sting in the incident.

Others were less lucky.