Officer driving a patrol car nearly struck by tree that fell on his car.

CARROLLTON, GA - A Carrollton police officer is feeling very fortunate that he wasn't hurt when a tree came crashing down on to his patrol car.

Officer Stacy Williams said it was a beautiful, sunny day. He was driving through town when the tree slammed into his car.

"All of a sudden it was like an airplane that crashed through my patrol car. Limbs were coming through the windshield and it was just a loud explosion," said Officer Williams. 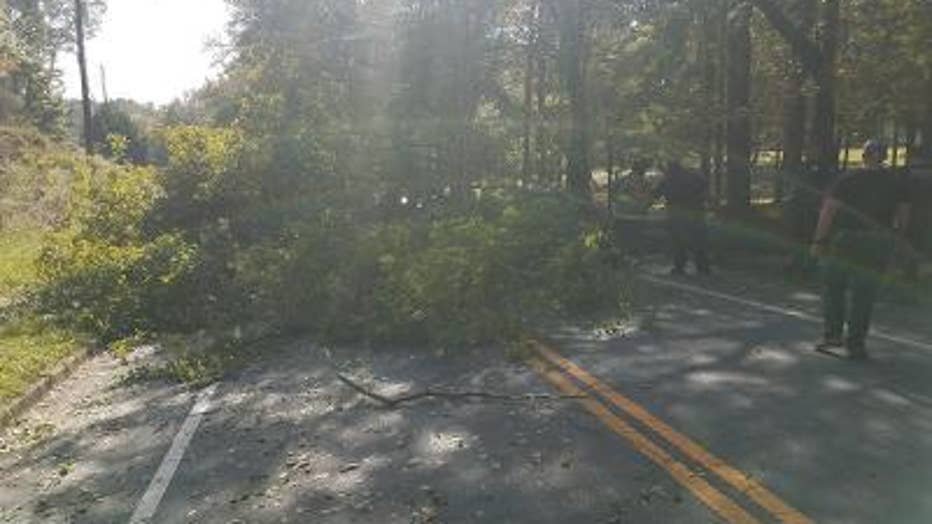 He was stunned but not hurt. He pulled off the road and after several deep breaths got out of the car to check the damage.

His dashcam caught the whole thing. The video shows Officer Williams looking at his car in disbelief.

Officer Williams has responded to a lot of accidents over the years, but this admittedly shook him up.

"In 30 years of doing this, I've seen a lot and have had my wits tested to the very end, but just to be driving down the road like that and have that happen," said Officers Williams.

Other officers showed up. Some took photos and offered comfort. One officer pulled out a stick that had gone straight through the windshield. Officer Williams still has that stick.

"This one impaled itself into the dash in front of me. Of course, we wear body armor but don't know how this would do against body armor. I'm going to use this as a memento to remember this by," said Officer Williams. 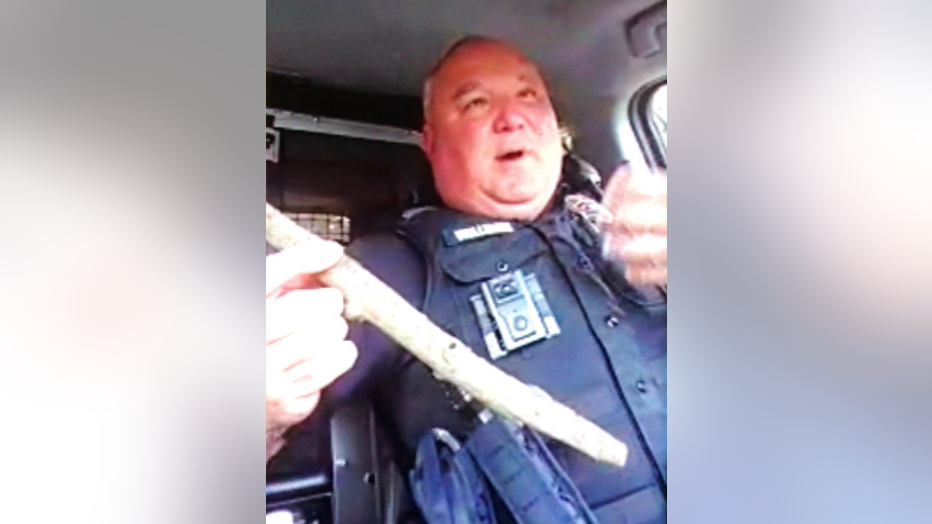 It's a reminder of how fragile life can be. He knows a split second later and the damage could have been so much worse.