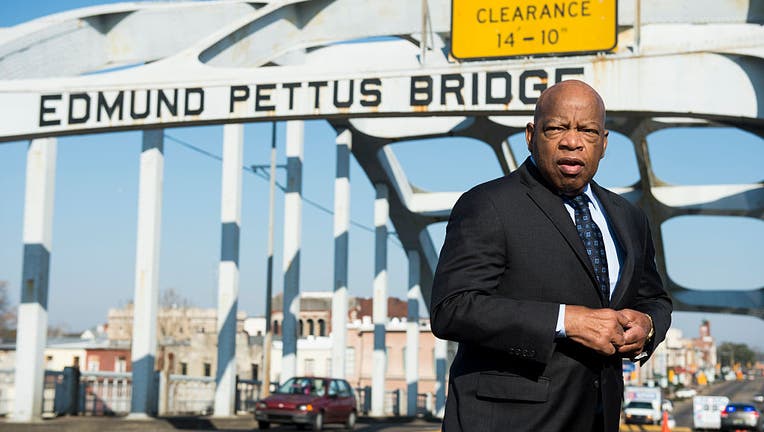 SELMA, Ala. - Award-winning director Ava DuVernay and thousands of other people have added their names to an online petition for Alabama's governor to rename the Edmund Pettus Bridge after civil rights activist and Georgia Rep. John Lewis.

The historic bridge was originally named for Edmund Pettus, a U.S. senator, Confederate general, and leader of the Alabama chapter of the Ku Klux Klan.

The bridge served as the backdrop of what's known as "Bloody Sunday," where voting rights activists, including Lewis and Dr. Martin Luther King Jr. were met with batons and tear gas by members of the National Guard as they attempted to cross.

Lewis, then a young organizer, was among those injured then. That violence set the stage for the Selma-to-Montgomery march, which helped build support for congressional approval of the Voting Rights Act months later.

“It’s far past time to rename the Edmund Pettus Bridge after Rep. John Lewis, a civil rights icon that nearly gave his life on that bridge,” said Michael Starr Hopkins, the organizer of the petition. “Edmund Pettus was a bitter racist, undeserving of the honor bestowed upon him. As we wipe away this country's long stain of bigotry, we must also wipe away the names of men like Edmund Pettus.”

In a tweet, DuVernay said that the bridge should be "named for a hero. Not a murderer."

As of Monday morning, the petition on change.org has received over 96,000 signatures.