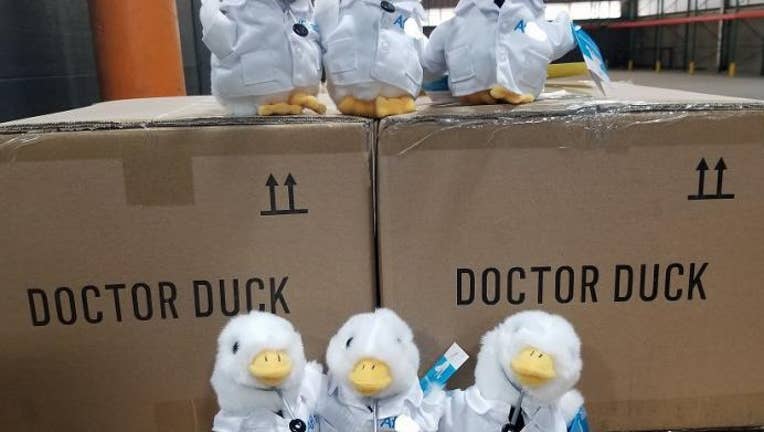 The 5,000 Doctor Duck toys were seized at the Savannah Port for having excessive amounts of lead. (U.S. Customs and Border Protection)

SAVANNAH, Ga. - Authorities at the Savannah Seaport have seized thousands of stuffed ducks from Hong Kong after officials say they discovered the toys had excessive amounts of lead.

Officials say on March 3, officers with Customs and Border Protection were inspecting a shipping container that contained 5,000 "Doctor Duck" labeled toys. After examining the toys, the officers detained the system and sent them for further testing.

The test report showed that the ducks had excessive levels of lead to the point which they were banned from entering the U.S.

“Our CBP officers are our first line of defense and this seizure of lead-contaminated toys proves their commitment to ensure the safety of American consumers,” Savannah CBP Area Port Director Christopher Kennally said. “We have a great partnership with the Consumer Product Safety Commission and together we were able to keep these contaminated toys out of the country.”

The shipment has been seized and sent to be destroyed.

Officials say they estimated the stuffed toys had a total value of around $100,000.