Five people were arrested in connection to an attempted ATM theft.

FORSYTH COUNTY, Ga - It was a plot to steal an ATM that backfired when cops showed up as the crooks were dragging it through a parking lot. Forsyth County Sheriff's investigators arrested five people connected to the crime.

At the Chase Bank near the corner of Buford Highway and Trammel Road, there's now a metal plate attached to the concrete where the ATM once stood. On July 23, deputies responded to an alarm. When they showed up officers saw a white pickup dragging an ATM across the parking lot. When the guys in the truck saw the deputies they ran into the woods. Investigators set up a perimeter, they called in K-9 Ivo, and within an hour they were captured.

Meanwhile, other officers stopped their getaway car nearby and arrested the driver.

"We found some other evidence to link him to the two other individuals who ran from us," said Forsyth County Sheriff's Detective Ben Norton.

Twenty-four hours later, two more people were arrested near another Chase Bank location. Investigators found tools and heavy chains just like the ones used in the ATM theft, along with directions to other banks in the area.

"We think they may have been scouting the area out for future crimes," said Det. Norton. 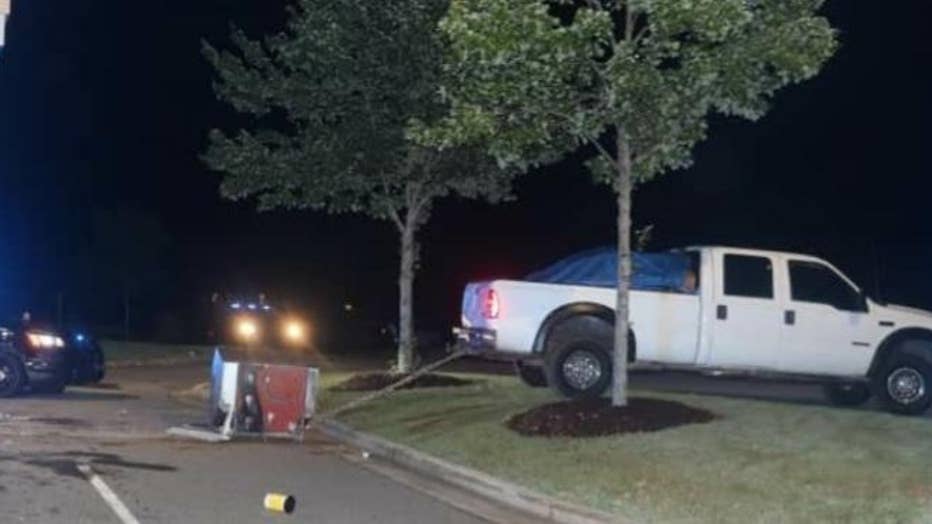 All of those arrested are from Texas.

"They're all from Houston, Texas, which seems to be a running trend with some of the ATM thefts we've been having around here," said Det. Norton.

Investigators say this particular ATM had about $100,000 in it. It would have been a big payday for the crooks if they had broken it open instead of yanked it off the concrete.

"The point is not to pull it off the base like this, they're wanting to use the truck to open the ATM doors which allows them access to the cash. It didn't work out the way they planned, for sure," said Det. Norton.

The FBI is now involved in this investigation and other agencies in Georgia who have recently had ATM thefts also want to talk to the five men who were arrested and are now in the Forsyth County Jail.