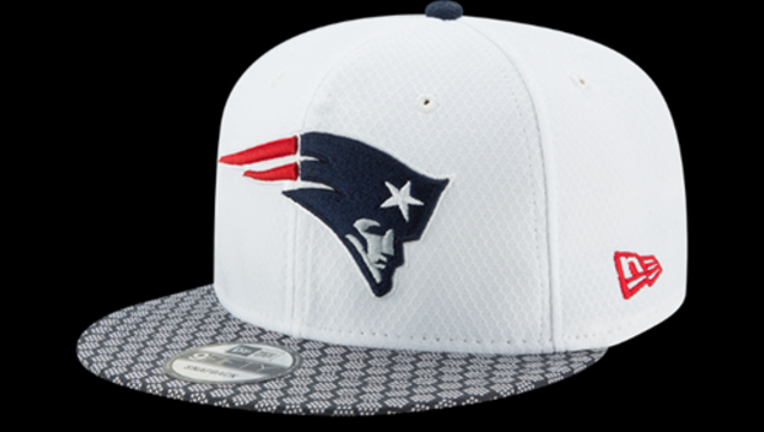 HOUSTON (AP) - Nothing produces awkward NFL moments quite like watching the commissioner parry all those thorny issues involving the league's oldest and newest troublemakers - the Raiders and Patriots.

Reporters spent time poking Roger Goodell about "Deflategate," the Raiders' now-threatened move to Las Vegas, and other delicate topics at the commissioner's less-formal, less-crowded and, frankly, less-newsy pre-Super Bowl news conference, held on a Wednesday this year instead of the traditional Friday afternoon slot.

Going sans necktie and speaking in a room about half the size as his usual Super Bowl venue, Goodell insisted nothing was off-kilter between the league and either team.

He said "there's a great deal more work to be done" before the Raiders can move to Las Vegas, a reality reinforced after both casino magnate Sheldon Adelson and a backup financier, Goldman Sachs, pulled out of the stadium deal this week. The league is supposed to decide on the Las Vegas move in March.

"But if any key aspect is changed, the process could be slowed down," Eric Grubman, the league's executive vice president of business ventures, told The Associated Press.

Goodell said it was unlikely a casino owner could own a stake in a stadium, which would seem to disqualify Adelson anyway. About the more delicate question of whether it's good business for the league, which has always disdained gambling, to stick a franchise in the gambling capital of America, the commissioner said the league is in touch with the reality that gambling "exists throughout our world."

"We've always said there's a fine line between team sports gambling and the NFL," Goodell said. "We want to protect the integrity of our game and that's something we'll always do."

The commissioner was only four days away from potentially handing the Lombardi Trophy to Patriots owner Robert Kraft . It would be the most awkward commissioner-owner handoff since 1981, when Pete Rozelle presented Raiders owner Al Davis with the trophy while Davis was suing the league over Rozelle's attempt to block the team's move from Oakland to Los Angeles.

Fittingly, Goodell took five questions about the Patriots, almost all of them designed to put him on the defensive. The core of it: "Deflategate," and the four-game suspension he levied against Patriots quarterback Tom Brady to start the season.

Among the highlights: Why didn't Goodell attend a Patriots playoff game, while heading to Atlanta twice? Has he spoken with Brady? How is he getting along with Kraft?

"We have a disagreement about what occurred," Goodell said. "We have been very transparent about what we think the violation was. We went through a lengthy process. We disagree about that. ... I'm not afraid of disagreement. And I don't think disagreement leads to distrust or hatred."

Kraft was among the very few owners who attended the news conference, but he ducked out quickly afterward without taking questions.

Goodell also faced a number of questions on the Chargers' recent move from San Diego to Los Angeles: "Relocations are painful," he said.

Of this week's news reports that San Diego could end up as a home for the Raiders if Las Vegas falls through, Goodell cited a "history of markets that get deals done after a team leaves. It's a painful way to do it." Among those markets are Cleveland, St. Louis, Los Angeles and this year's Super Bowl host, Houston.

-Goodell said no timeline had been set on an investigation into alleged domestic abuse by Cowboys running back Ezekiel Elliott. He said there's an active investigation into former Giants kicker Josh Brown and no decision has been made about his status.

-About loosening restrictions on marijuana use, Goodell essentially ignored the question and said he wants to include that topic in negotiations with the players' union.

-He fielded no questions about concussions or protecting quarterbacks, even though both remained hot topics all season.

-In the wake of a TV ratings decline, the league will keep looking into ways to decrease the amount of dead time during games.

-Probed a few times on the travel ban and other decisions made recently by President Donald Trump, Goodell refused to wade in, saying he's 100 percent focused on the Super Bowl. "We're in a unique position to have an event on Sunday that will bring the world together," he said.

Goodell also announced the NFL would return to Mexico City next year for a game pitting - who else? - the Raiders and the Patriots.

If the commissioner meets up with Kraft there - or on Sunday, for that matter - he insists everything will be just fine.

"I would tell you it's not awkward at all for me," Goodell said. "We have a job to do. We do our job. We understand fans are loyal and passionate for their team and they object and don't like the outcome. That's not unusual for me."