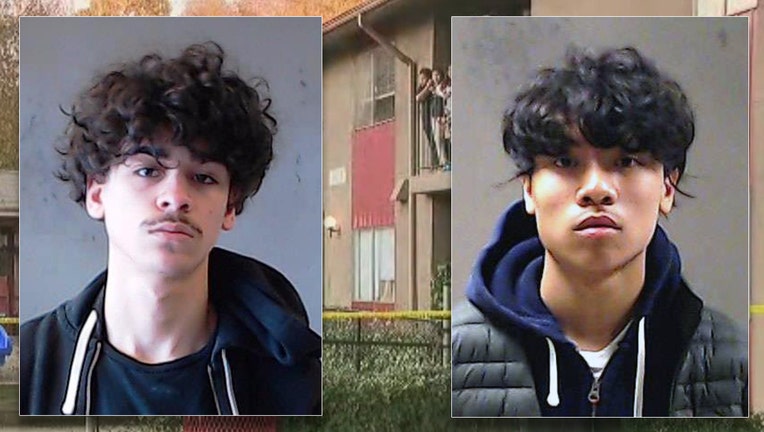 BROOKHAVEN, Ga. - Three teens are being charged into the deadly shooting of a 20-year-old man at a Brookhaven apartment complex back in November.

Joe Dylan Fernandez, of Norcross, and Wenjie Lin, of Doraville, both 17, as well as a 13-year-old Chamblee boy were charged with felony murder and armed robbery. Fernandez and Lin face an additional charge of possession of a firearm during the commission of a felony.

Police said officers found 20-year-old Cesar Godinez-Naba unconscious and unresponsive at around 4:45 p.m. on Friday in the doorway of his apartment at the 3600 block of Buford Highway. on Nov. 19. Police said he suffered multiple gunshot wounds.

All three teems were booked into the DeKalb County jail.