Linden Patterson created Love-ALL Tennis, a project aimed at collecting rackets and donating them to younger players who might not have the resources to buy one

MARIETTA, Ga. - Considering she first picked up a racket at 3 years old, Linden Patterson knows the commitment it takes to play tennis.

"The equipment, the rackets," she explains.  "Minimum of three rackets for a competitive tennis player.  And then you have the shoes which you go through every month, and you have the balls you always need."

And over the summer, with so many tournaments called off because of the pandemic, the senior at The Walker School was struck by something.

"I was just working out in my garage, right?  Like, right before practice.  And I see all the rackets I have laying out from years and years of tennis, and I’m thinking to myself, ‘I have all these rackets that are doing nothing, just sitting here,’" Patterson said. "And all my peers that I play with all the time, I’m sure they have the same thing going on, too. So, I’m like, ‘Why are all these rackets just sitting here when they could be put to good use?’"

And thus … an ace of an idea was born.

Patterson created Love-ALL Tennis, a project aimed at collecting rackets and donating them to younger players who might not have the resources to buy one. She immediately served up her idea to the United States Tennis Association. 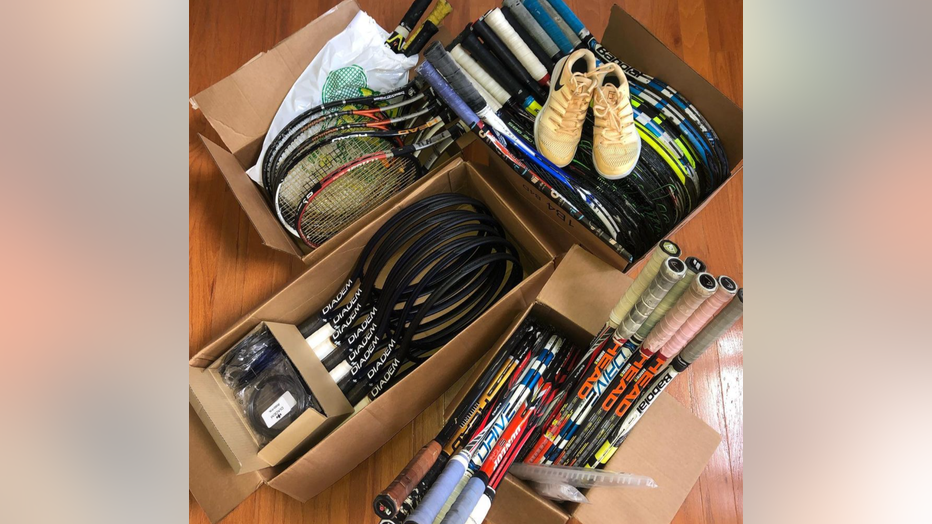 Through the power of Instagram, Patterson — who plans to play tennis at Davidson College in North Carolina next year — recruited help from across the region.  So far, she’s collected around 2,000 rackets, which the USTA is helping her distribute. Recipients include National Junior Tennis and Learning, the Atlanta Youth Tennis and Education Foundation, and Special Pops Tennis, which supports athletes with intellectual disabilities.

"It’s extremely fulfilling," says Patterson. "I don’t think I even understood beforehand the impact I could have on others as well as the feeling I feel…I wish there was a way to put that into words."

But to put it in tennis terms — it’s a grand slam for everyone involved.

For more information on Love-ALL Tennis, click over to the Instagram page here or reach out via e-mail at lovealltennisproject@gmail.com.