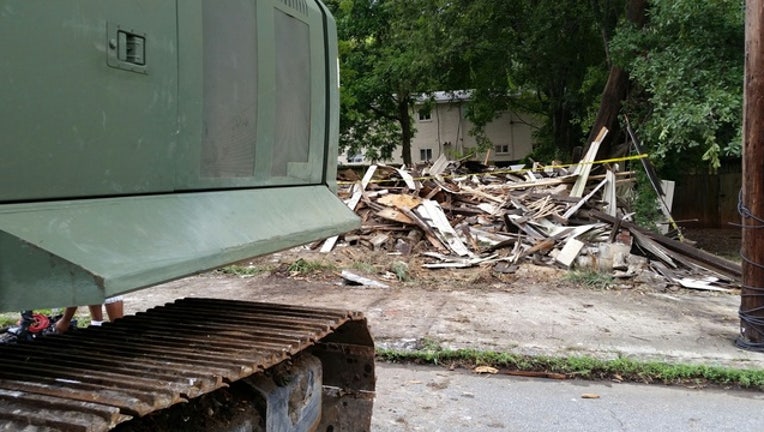 ATLANTA - Tearing down houses to combat crime. Its happening in Vine City and the English Avenue community, a section of the city just west of the Georgia Dome.

An abandoned home on Griffin Street was demolished Wednesday. As part of the Drug Market Intervention, 18 homes with significant code violations will be torn down.

Keith Reneaux moved to the English Avenue community a decade ago. "When I first got here it was infested, and it just got worse. You hear gun shots at night. I've witnessed people get shot in the neighborhood several times," says Reneaux.

Myrtle Dansby moved here in 1949. She has seen a lot of changes from her chair on her front porch. "It was real nice, everything was quiet. You could walk the streets without anybody bothering you, but you can't walk the streets now," says Dansby.

The 87 year old doesn't think things will ever be the way they were in 1949, but she is hoping this is a start in the right direction.