Teacher charged with battery from altercation with student

The teacher was terminated by Rockdale County's school district. Law enforcement says the incident did not amount to assault.

ROCKDALE COUNTY, Ga. - The Rockdale County teacher seen in a video that appears to show him striking a student has lost his job.

Rockdale County investigators say Marquette Thinn cursed at a student and knocked him down Monday at Salem High School after the student cursed at him and tried to leave class.

What is known about the teacher?

Wednesday afternoon, Rockdale County school officials confirm Thinn is no longer with the district and deputies confirm he was charged with simple battery. 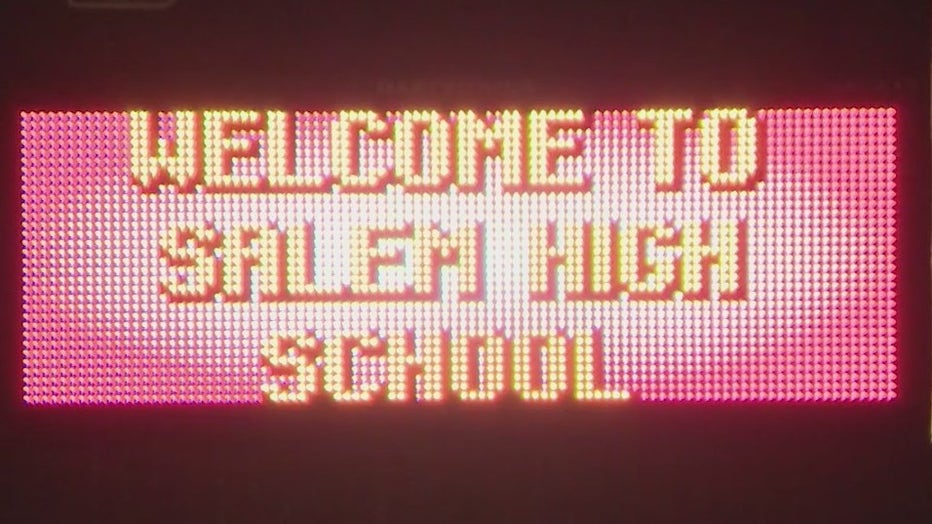 A spokeswoman for the Rockdale County School District says Thinn was hired in August 2020 as a social studies teacher for the high school.

His last day of employment was Tuesday. She's not allowed to say whether he quit or was fired, but she did say all school employees are expected to conduct themselves professionally.

What was on the video?

The student who recorded the clip says it happened after 10 a.m. Monday morning. The 39-second video shows what appears to be 44-year-old Thinn and a 14-year-old freshman student arguing at a desk. Things escalated quickly.

The student says "I ain’t say s*** to you," and gathers his things.

Rockdale County Schools is investigating after video appears to show a teacher striking a student. Parents say they are disturbed by the video.

As he approaches the door, the person who other students identify as the teacher yells a curse word and says "sit down somewhere" before he appears to knock the student to the ground.

Student reactions varied from shock and awe to awkward laughter, as what’s said to be a Salem High teacher yells again: "Sit your ugly a** down."

Why was he only charged with simple battery?

"When I first did see it, it looked pretty clear that the student was assaulted by the teacher," the investigator says.

But Figuerora says interviews with Thinn and the teen shed light on what he says can't be seen on the video shot by a student that morning.

"Yes, the student was pushed to the ground," he says. "It wasn't a strike or like a closed fist strike, but I know it was hard to see. In reference to that, both the teacher and the student acknowledged it was just a push and nothing more than that."

A 39 second cellphone video appears to show a teacher at Salem High School in Rockdale County strike a student following an argument.

Thinn surrendered to deputies Wednesday afternoon to face a misdemeanor charge of simple battery but had nothing to say about the cursing or the contact between him and the teenage student.

"That wouldn't constitute an aggravated assault. The reason we charged battery is when you do make physical contact, whether there is injuries or not,"

The student complained of minor wrist injuries. Figuerora says the incident offers a lesson about teachers and students keeping their cool and being respectful.

Thinn posted a $2,000 bond Wednesday afternoon. Thinn declined to comment. It was not immediately clear if he obtained legal representation.