STOCKBRIGE, Ga. - Police have arrested a suspect accused of attacking a supporter of Democratic Senate candidate Jon Ossoff during a rally Saturday morning.

Officials with the Henry County Police Department tell FOX 5 that the alleged assault happened shortly after 10:30 during a small get-out-the-vote rally on Hudson Bridge Road near Interstate 75.

According to police, an individual passing by the rally confronted a supporter, punching him in the face and head.

Police say the victim suffered wounds and was transported to the hospital for treatment. The man, whose identity has not been disclosed, has been released from the hospital. 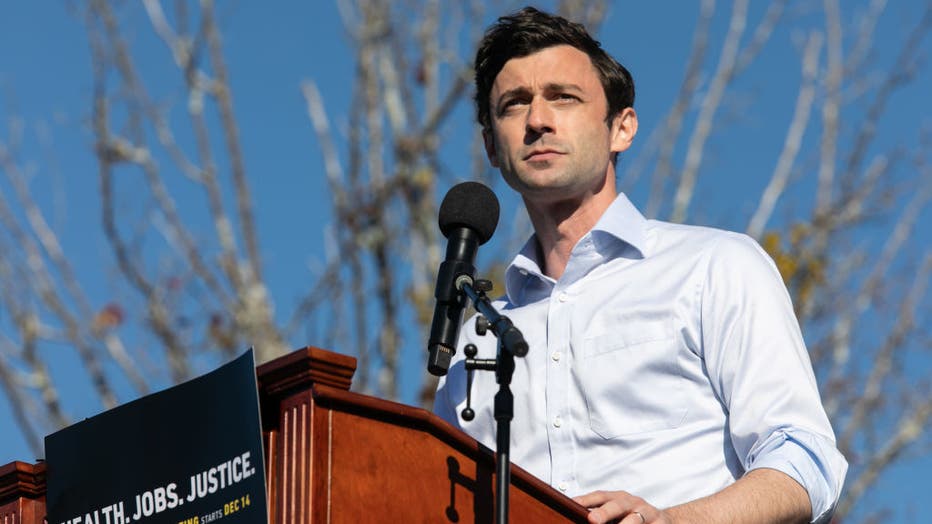 Democratic U.S. Senate candidate Jon Ossoff speaks to the crowd during an outdoor drive-in rally on December 5, 2020 in Conyers, Georgia.

In a statement, Jon Ossoff condemned the alleged attack, saying "there aren't even words to explain how completely unacceptable this kind of violence is toward any human being."

"I hope the other candidates in this runoff election will join me in condemning this and I'm calling on all of our supporters to treat each other with respect," Ossoff said.

Republican Sen. David Perdue, who Ossoff is challenging in January's runoff, also responded to the attack on twitter.

"Behavior like this is absolutely disgusting and has no place in our civil society," Perdue said. "Bonnie and I are praying for the victim and grateful for the law enforcement who arrested the suspected perpetrator."

A suspect in the attack has been arrested and charged with battery, police said.