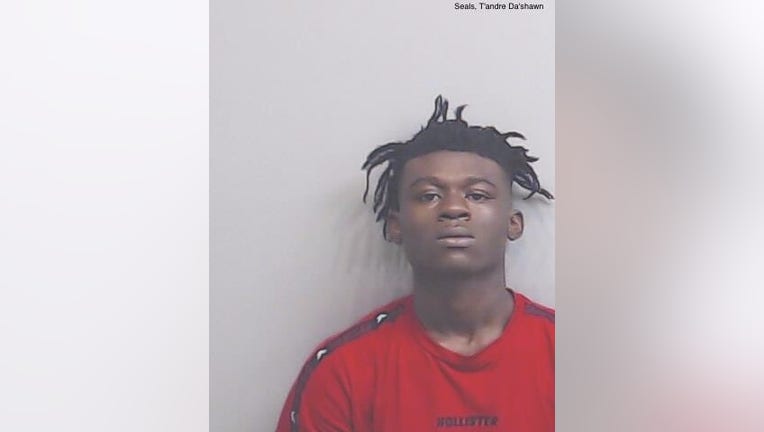 T’andre Seals turned himself in to Atlanta police in connection to a series of robberies involving the LGBTO dating app Grinder (Fulton County Jail).

ATLANTA - The Atlanta Police Department made an arrest this week in a series of robberies targeting the LGBTQ community.

The robberies were committed between February and May of 2021. According to police, the suspect coordinated dates through the dating app Grinder.

"The suspect uses the Grinder app to lure the victims to their location," Atlanta police Sgt. Rodney Jones told FOX 5 in May. "After the date concludes, the suspect then robs the victims - often taking wallets, keys, or vehicles."

Investigators identified T’andre Seals, 17, as the suspect in the case. Arrest warrants were issued. Seasls turned himself in to investigators on August 30. He was taken to the Fulton County Jail without incident.