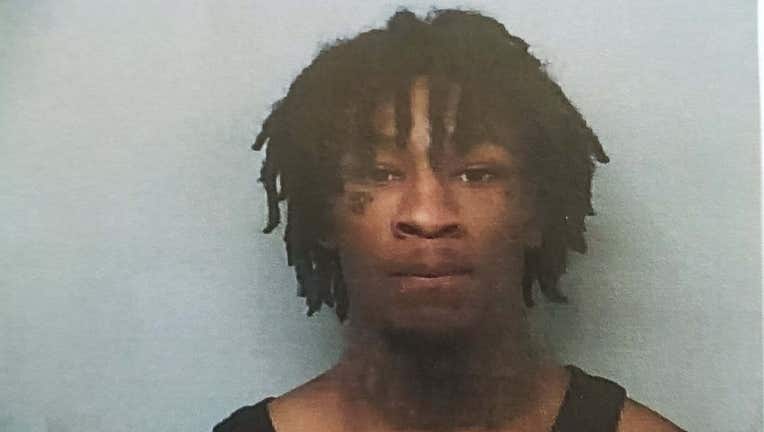 Tadarious Javante McCutcheon was arrested for Armed Robbery and Aggravated Assault. McCutcheon was on active probation for at the time of this incident for Theft by Receiving Stolen Property, Gang Participation, Carrying a Pistol without a Permit and

LAGRANGE, Ga. - Police in LaGrange arrested suspects accused of an armed robbery and assault that left a man with a head wound on Saturday.

Police said Tadarious Javante McCutcheon and Brittany Temple face armed robbery and aggravated assault charges for a Saturday afternoon incident on Lexington Park Drive. Both suspects were on probation at the time of the alleged crime.

Police said officers found a man bleeding from his head in a yard on Nashua Drive.

Police said the man abandoned his car and ran there after he was robbed at gunpoint when he was supposed to be buying a firearm. He told police three suspects, two men and a woman, arrived in a red vehicle and a man pulled a gun on him before the transaction was complete.

The victim told police the man hit him on the head and took the firearm from the trunk of his car. They drove away, according to officers.

The victim was treated for non-life-threatening injuries at WellStar West Georgia Medical Center.

Police are still searching for another suspect and ask anyone with information to contact the LaGrange Police Department or Troup County Crime Stoppers at 706-812-1000.