WASHINGTON - The Supreme Court on Wednesday will hear a case on school speech that could be the most influential on the topic since the famous 1969 case Tinker v. Des Moines.

The dispute stems from Snapchat posts by a high school sophomore after she did not make a varsity cheer team. But it could have implications for tens of millions of students nationwide, and to what extent schools are allowed to regulate and punish students for speech that happens outside of school.

It pits the school district against Christian groups; the Biden administration against the ACLU; and anti-bullying advocates against student rights groups.

After being cut from the varsity cheer team and placed on the junior varsity squad instead, then-high school sophomore Brandi Levy posted a Snapchat story, intended to disappear after 24 hours, in which she and her friend raised their middle fingers to the camera.

Another message said, "Love how me and [another student] get told we need a year of JV before we make varsity but that’s doesn't matter to anyone else?"

Levy is now 18 and finishing her first year of college.

The posts were shown to the coaches of the junior varsity cheer team. They removed her from the team for allegedly violating team rules against disrespectful conduct or "foul language and inappropriate gestures."

"I got called down into the coach's office or the coaches room in the morning when I first got there, and she had it printed out on sitting on her desk," Levy told Fox News. "And she showed me and told me... it was disrespectful towards her and that she isn't tolerating that and that I was suspended from cheer for a year." 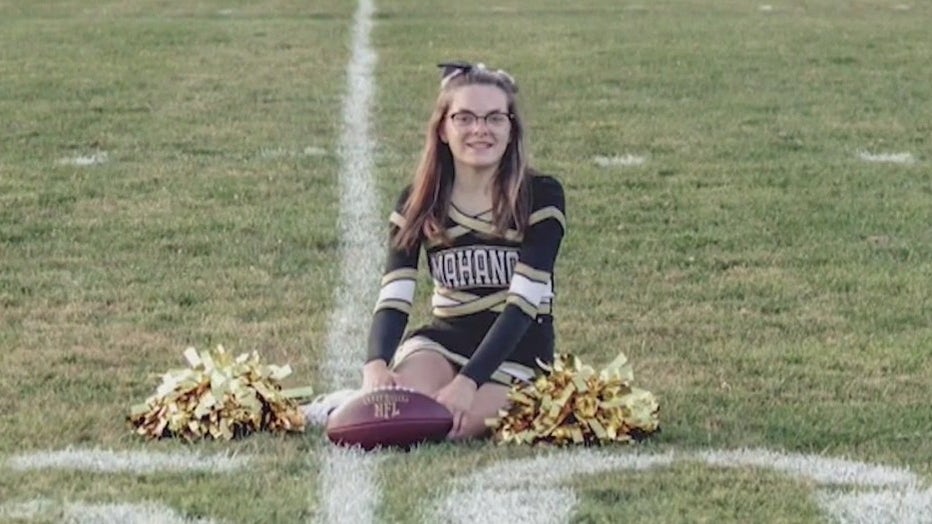 Levy's parents then filed a federal lawsuit on her behalf, and they were granted an injunction which put her back on the team.

The parents' suit argues the move by the school violated their daughter's First Amendment rights as laid out in the landmark Tinker v. Des Moines case, when the Supreme Court ruled students retain their free speech rights while at school.

"This case is about the scope of school authority," Ilya Shapiro, the director of the  Robert A. Levy Center for Constitutional Studies for the libertarian Cato Institute, told Fox News. Shapiro co-authored a brief in support of Levy.

"Over 50 years ago in Tinker v. Des Moines, public schools were instructed that students don't shed their constitutional rights at the schoolhouse gate," he continued. "Now it's time to remind schools that students don't shed their constitutional rights outside those gates either—in the sense that they shouldn't be able to monitor students 24 hours a day, 7 days a week, and punish them when they disagree with their speech."

Shapiro added: "Schools can certainly maintain discipline and enforce academic order as part of their educational mission, but they don't have general authority to police students off-hours, off-campus."

Levy is represented by the American Civil Liberties Union (ACLU), a left-leaning organization that sometimes will align with right-leaning groups on First Amendment issues. That is true in this case, with the Becket Fund for Religious Liberty also weighing in on Levy's side.

The school, Becket Fund's brief says, seeks "authority to punish any student speech that will 'materially disrupt' the school environment or that is 'socially inappropriate,'" even if the speech happens outside of school.

"But such a vague standard would expose all student speech—including religious speech and expression—to the school's close scrutiny," the group continues. "This is already a concern for religious students speaking on campus, as some lower courts have watered down Tinker's built-in protections for private student speech on public school campuses. But, applied off campus, [the school's] rule would severely impair core First Amendment rights by chilling students' religious speech."

Also weighing in on Levy's behalf are groups like the Foundation for Individual Rights in Education, The National College Players Association, which is a union of NCAA student-athletes, and more.

But the Biden administration is throwing its weight behind Mahanoy Area School District, the Pennsylvania jurisdiction where Levy was a student. A brief by Acting Solicitor General Elizabeth Prelogar notes that some other students were "visibly upset" by Levy's message and says the school should have the right to regulate speech that affects what happens in school.

"This Court’s school-speech cases have focused on the consequence of students’ speech on other students and school activities, not the precise time or location at which the speech occurs," Prelogar wrote. "Off-campus speech—including speech communicated via email, text message, social media, and the like—that is harassing or bullying can contribute to depriving victims of the educational opportunities to which they are entitled." 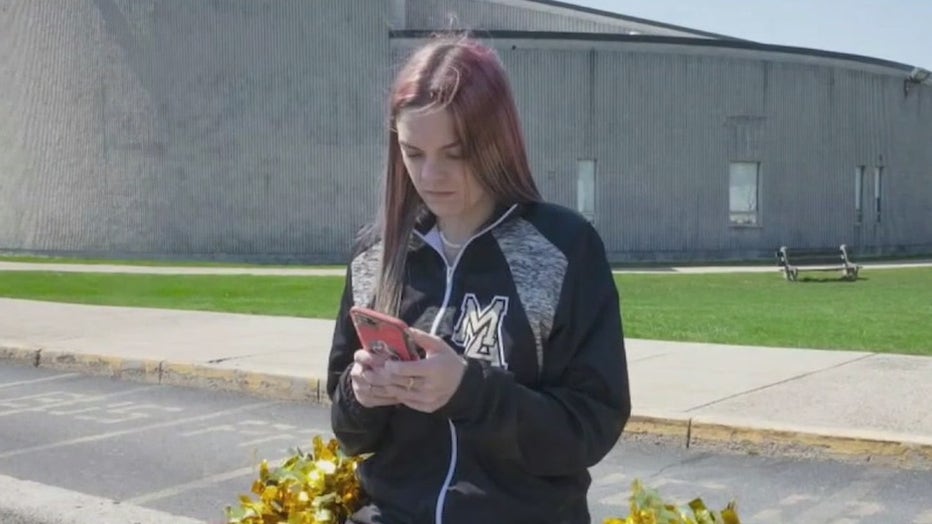 She added: "Under those circumstances, schools officials attempting to satisfy their obligations under federal law to address those harms should not be placed in the difficult position of having to blind themselves to instances of the harassing or bullying conduct that occurred online."

The Cyberbullying Research Center made a similar argument in its own brief.

The court ruled in Morse v. Frederick that a school could discipline students for holding a banner that read "Bong Hits 4 Jesus," at an event outside of school that the school supervised.

"Protecting students' safety is the primary goal of schools’ anti-bullying efforts," Cyberbullying Research Center added. "Discharging that affirmative duty is near impossible if they cannot take aggressive measures to curtail hurtful taunts or intimidating messages emanating from beyond the four corners of the school property."

The school district, meanwhile, said that letting it punish Levy wouldn't harm the rights of students who make comments that don't have anything to do with school.

"[The school] does not seek to regulate off-campus speech untethered from the school environment. On campus or off, all agree that schools have no business 'suppress[ing] speech on political and social issues based on disagreement with the viewpoint expressed,'" lawyers for the school wrote in a brief.

It continues to say that "by disempowering schools from addressing off-campus speech inextricably linked with the school environment," courts risk taking a step too far in handcuffing schools' ability to control their learning environment.

A decision in the case is likely in May or June. It could be a bellwether case in how the new 6-3 Republican-appointed Supreme Court majority will handle speech cases more generally, depending on how broad the scope of the justices' ruling is.

Levy told Fox News that she hopes her experience lets other students know they can express themselves without needing to fear reprisal.

"I just want to let them know that it's okay to express how you feel," she told Fox News. "And you shouldn't be getting in trouble for telling others how you feel."

Fox News' David Spunt and the Associated Press contributed to this report.

Get updates on this story from Fox News.