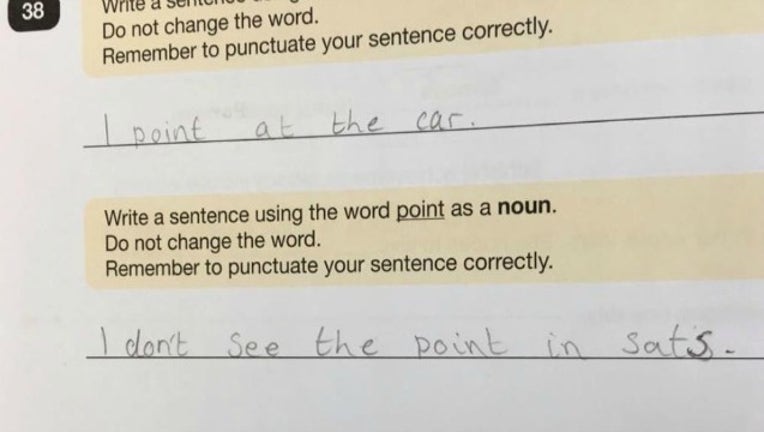 A British student found the perfect opportunity to express his frustration over the standardized test he was taking.

He got his "point" across by taking advantage of a question right on the SAT test, which is administered to elementary school students in the United Kingdom.

The test question asked the student to distinguish between the verb and noun usages of the word "point."

For the verb, he correctly wrote: "I point at the car."

And for the noun?

I don't see the point in SATs.

The Year Six student's teacher at Temple Grove Academy in Royal Tunbridge Wells shared the awesome answer on Facebook and it quickly won approval from thousands.