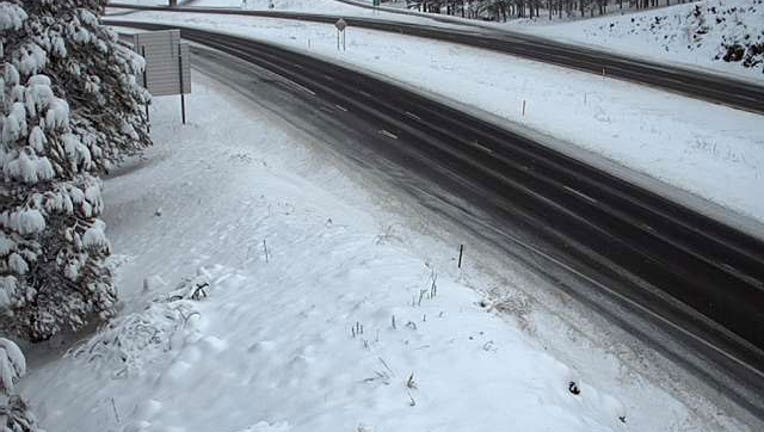 FLAGSTAFF, Ariz. - Plows were clearing roads on parts of northwest Arizona on the first day of spring after a storm dropped heavy snow and created backups on one major highway.

The Arizona Department of Transportation said roads across the region were snowy and icy Thursday morning.and drivers were urged to postpone travel.

The National Weather Service reported 11.5 inches (299 centimeters) of snow in Flagstaff through 5 a.m. and said snow showers would continue through Thursday.

ADOT said Interstate 40 was open in both directions near Williams about 35 miles (57 kilometers) west of Flagstaff but that it would take time to clear miles of traffic backup.

A flood warning was issued for Tonto Creek in Gila County in east-central Arizona where flowing water closed unbridged crossings.

The weather service said the creek was expected to crest Thursday afternoon.