Police say the store clerk shot a man who tried to collect winnings for a gaming machine inside the Southwest Atlanta food mart.

ATLANTA - Police are trying to track down a Southwest Atlanta store clerk accused of shooting one of his customers.

Investigators say around 11 p.m. Wednesday a man playing gaming machines inside the Maraton Food Mart on Campbelton Road tried to collect his winnings. The clerk refused to pay out the cash, causing the customer to get upset. Police say the customer then began ransacking the store.

The clerk came out from behind the counter. According to detectives, he and the customer got into a verbal altercation, which escalated into a physical one. The clerk then allegedly pulled a gun and shot the customer in the face.

Another person inside the store rushed the injured customer to a nearby fire station. He was then taken to Grady for treatment. At last check, the man was in stable condition. 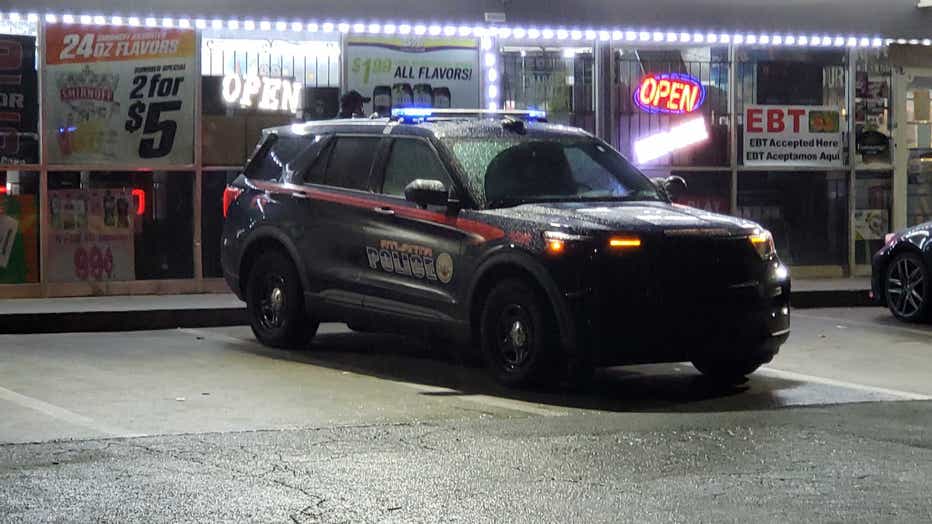 By the time police arrived at the store the clerk was gone and the place locked up. They got a warrant and investigators went inside looking for clues.

The clerk's name hasn't been released and officers are still looking for him.

They say until they get the clerk's side of the story, it's too early to know what if any charges he will face.

If you have any information that could help officers in this case, please call the Atlanta Police Department.