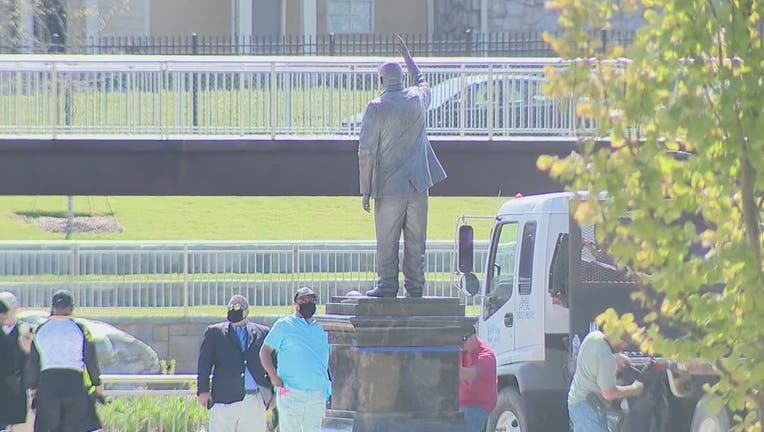 A statue of former Congressman John Lewis was installed at the new Rodney Cook Park in Atlanta's Westside on April 21, 2021. (FOX 5)

ATLANTA - John Lewis, a foot soldier in the civil rights movement and one of the nation's celebrated statesmen, will soon be immortalized in one of Atlanta’s newest parks.

Wednesday, a statue of the late congressman was placed at the new Rodney Cook Park, which is still under development.

Mayor Keisha Lance Bottoms, Ambassador Andrew Young, and representatives of the Cook family were there for the installation of the statue.

It is located on the corner of Thurmond and Vine streets on the city’s Westside.

The seven-foot-tall monument will be officially unveiled later this year with the opening of the park.

The John Lewis statue will be among several monuments in the park designed to pay tribute to the leaders of the American civil rights movement.