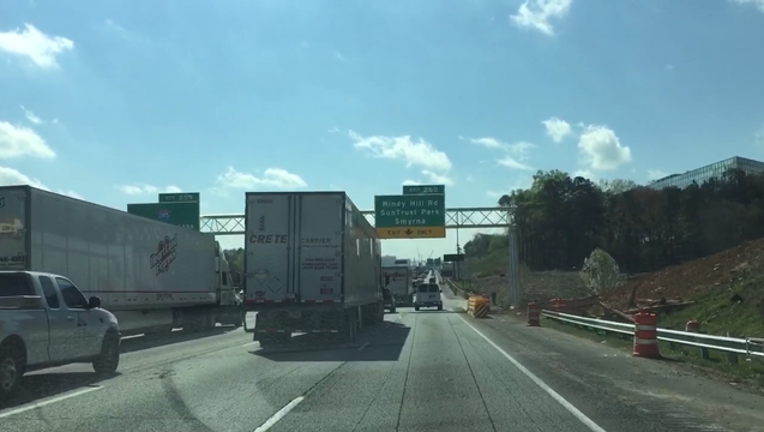 ATLANTA (AP) — Georgia transportation officials are studying how to add semi-only lanes for truck traffic on Interstate 75 between Macon and Atlanta's southern suburbs.

Georgia is trying to deal with a port of Savannah that's expanding to handle more cargo and a population that's increasing. That will mean more people — and freight — on freeways, The Telegraph reported.

State officials have yet to decide how to schedule the semi-only lanes and other big initiatives over the next 10 years, Georgia Department of Transportation Planning Director Jay Roberts said.

Goals of the lanes are to reduce congestion, as well as improve safety by separating the big rigs from cars and motorcycles, Roberts said.

"This is as much about congestion relief in the (general purpose) lanes and safety as it is truck lanes," Roberts said. "When you take your semis out of the general purpose lane and put them in barrier-separated lanes, your roads are going to become safer, but you're also relieving that congestion in those lanes."

Trucks would enter the pair of northbound-only lanes — separated from other vehicles by a barrier — starting at Interstate 475 and running on the inside median of Interstate 75 at least as far as Georgia 155 in McDonough, The Telegraph reported.

The state transportation department is examining a plan to take the lanes all the way up to Interstate 675 if possible, officials said.

Funding for the project would come from Georgia's gas tax and possibly federal funds, Roberts said.

The lanes would be the first of their kind on a large scale, said Ed Crowell, president of the Georgia Motor Trucking Association.

Several states have studied truck-only lanes, but there are only a few limited stretches of non-tolled, barrier-separated lanes, the Macon newspaper reported.