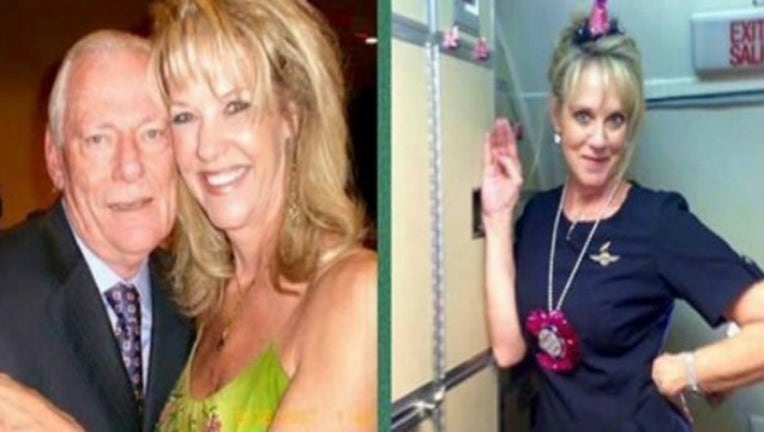 A California man used a cross-country flight last month as an opportunity to show support for his flight attendant sister who was dying of cancer.

After being diagnosed with pancreatic cancer in February, Southwest Airlines flight attendant LouAnn Alexander was forced to abruptly retire from the career she had enjoyed for more than 30 years.

Her brother, Rex Ridenoure was taking a flight from Baltimore to Los Angeles to visit her at a hospice center in Phoenix when he came up with a different way to turn the flight into a farewell celebration.

Ridenoure described his beloved sister and her terminal diagnosis during a short speech to the cabin over the aircrat's PA system, asking for the crew and passengers to write her notes of support and encouragement on the drink napkins.

By the end of the flight, Ridenoure received 96 notes from passengers on board.