Smyrna is seeking to become the largest city in Cobb County through annexation.

SMYRNA, Ga - Could Smyrna become the largest city in Cobb County? City leaders are looking at a  huge annexation plan that if it comes to fruition would nearly double the size and population of Smyrna.

A lot of neighborhoods want to be part of Smyrna and I don't blame them. We got a great city, we got a lot going on," said Smyrna Mayor Derek Norton.

Norton says the city initially wanted to annex small pockets of county land that were surrounded by Smyrna.

"The scope expanded to include what would it look like if we went beyond our borders out toward Mableton or other areas," said Norton.

A feasibility study by Georgia State University included annexing land east of Smyrna to the Chattahoochee River, north to Windy Hill, West to Nickajack, and Queen Creek and south to parts of Mableton. 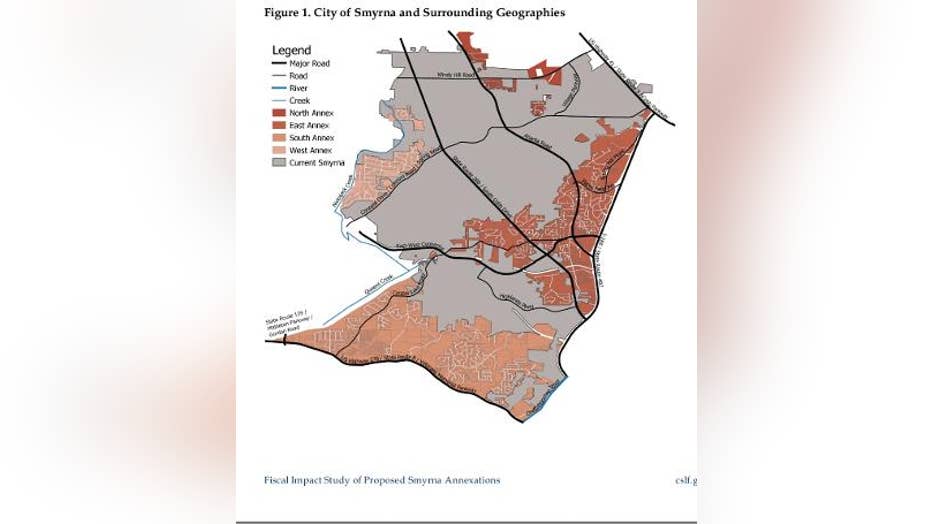 "Generally looking at it, it makes sense to clean up their map and say we're going to be one cohesive unit and people who live close by are actually going to be able to say they live in the city and take advantage of those services," said Jason Gaines, a long time Smyrna resident.

But some in Mableton fear it would tear apart the town because only parts of Mableton would be annexed. Others don't like it because they're already taking steps to turn Mableton into its own city.

"There's a lot of talk about cityhood. Some are nervous they want to be their own city and others just want to remain Cobb County," said Gaines.

At a meeting Thursday night, a committee was appointed to examine the annexation study. They plan to make their recommendations in a couple of weeks to the full council on the next steps the city should take.