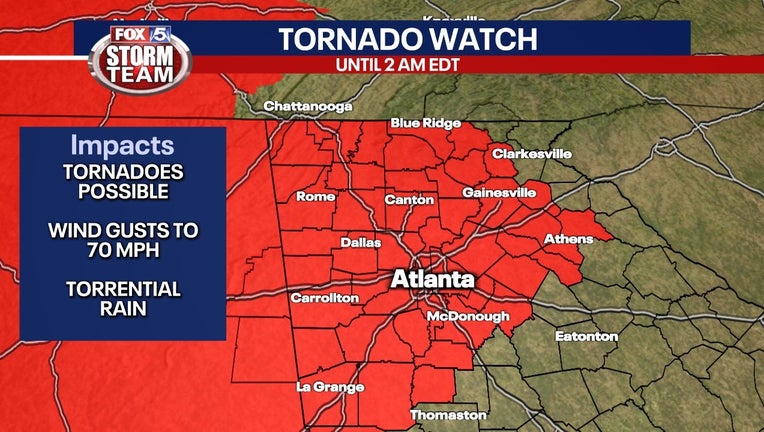 ATLANTA - There is an elevated risk for severe storms across the Deep South through Friday morning. The most favorable environment for severe storms will be west of the FOX 5 viewing area, but that same powerful storm system will also have an impact in north Georgia.

Earlier storms have already caused damage across northwest Georgia and force schools to close in Polk and Floyd counties as well as Rome due to the extent of the damage. Gordon County Schools and Calhoun City Schools said it will be operating on a two-hour delayed opening on Friday.

This means conditions are favorable for the development of tornadoes.

This line of powerful storms has already caused extensive damage in Alabama and is responsible for killing five people.

Similar to last week's storm, the further west, the greater the risk. A small portion of extreme northwest Georgia is under a Level 4 - Moderate Risk for severe weather. Wrapped around it, encompassing an area from about Rome down to Cedartown to Dallas and up to around to Canton, will be just a level below at an enhanced risk. Those areas will see numerous thunderstorms throughout the day on Thursday. 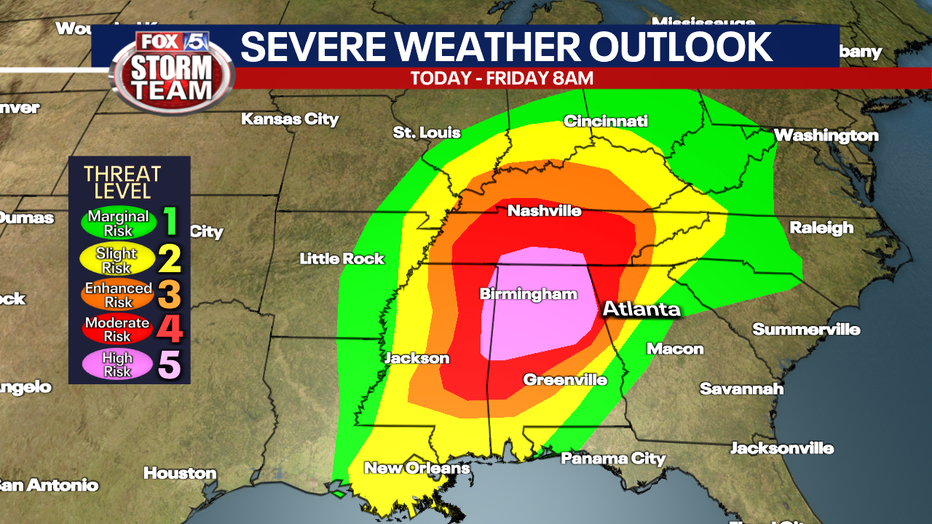 The severe weather threat will decrease as the storm systems moves into areas EAST of I-85. 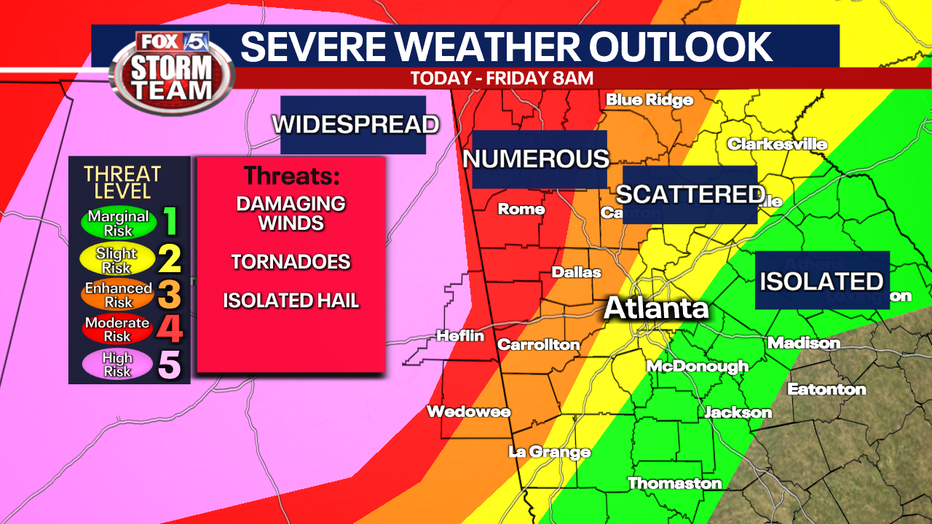 The biggest severe weather threats could come from tornadoes, damaging wind gusts, and hail. Obviously, the further west and north in the state, the higher the risk of seeing those. Extreme northwest Georgia will see heavy periods of rain. 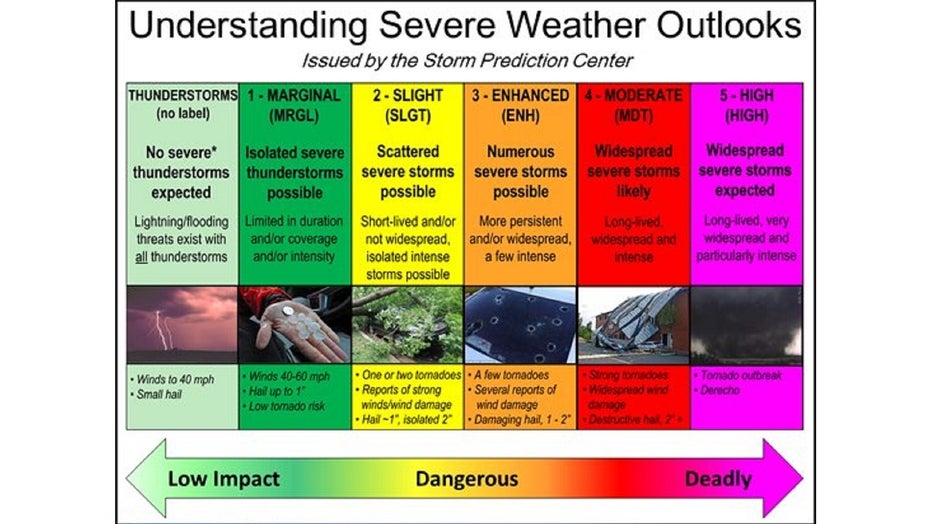 Heavy rainfall will start Thursday morning and will last on and off throughout the day into Friday. Rainfall totals between 1.5 and 3 inches will be seen in some areas seeing higher amounts. With the grounds already saturated, the potential for runoff and flash flooding increases. 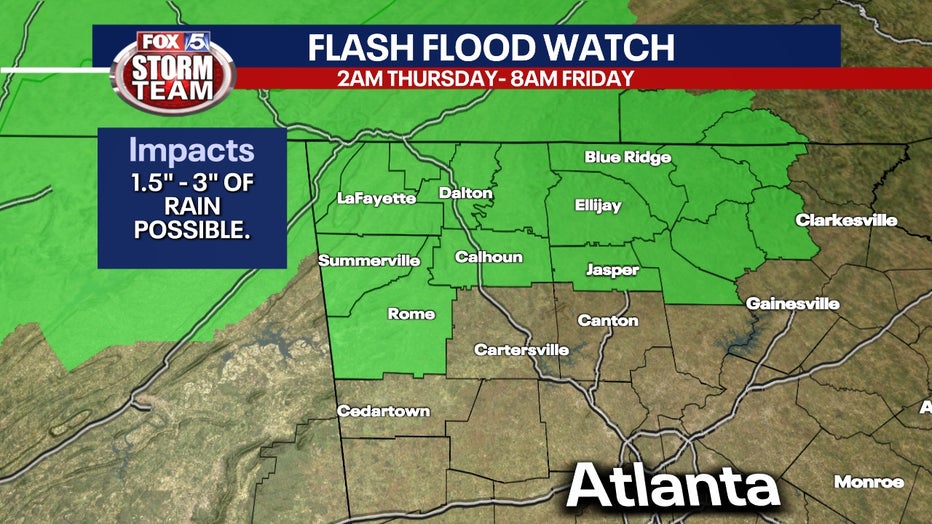 Flooding in rivers and streams cannot be ruled out during periods of heavy rainfall. 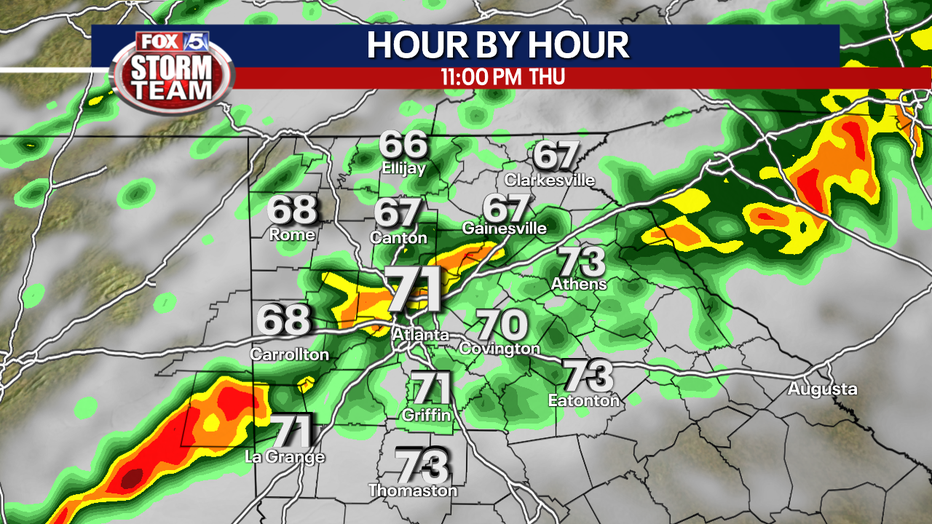 Unfortunately, severe storms are expected to impact our area in the middle of the night. 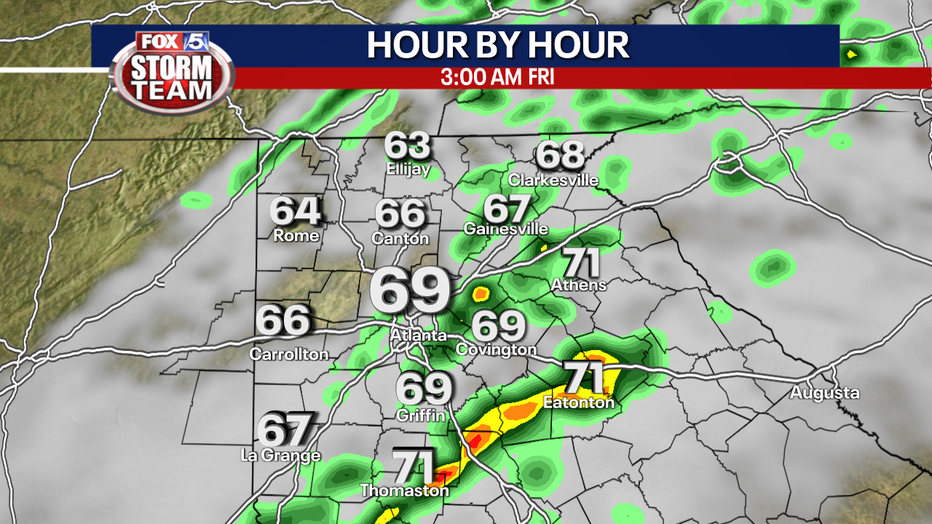 By the time we get to sunrise Friday, most if not all of the storms will be gone. 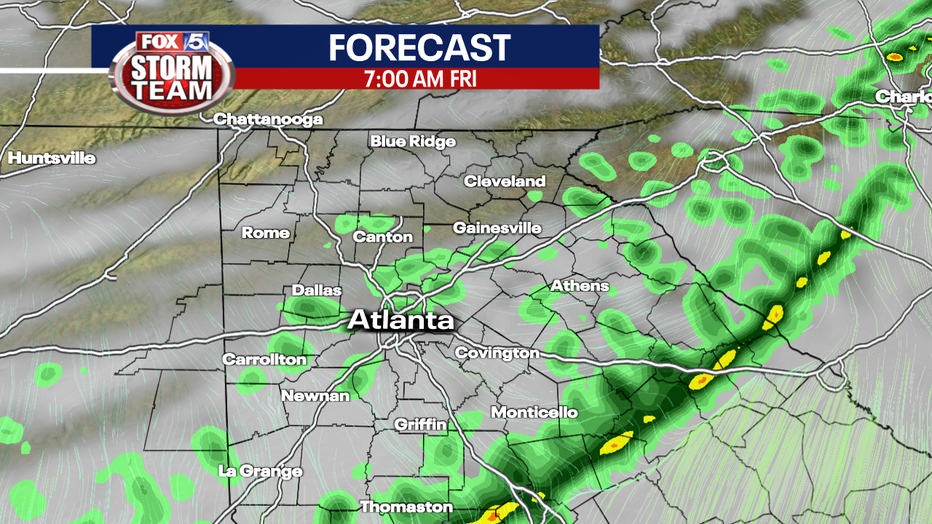 Models are favoring blustery conditions ahead of the storm system, so it's likely all of north Georgia will be under a Wind Advisory Thursday with gusts over 50 mph. 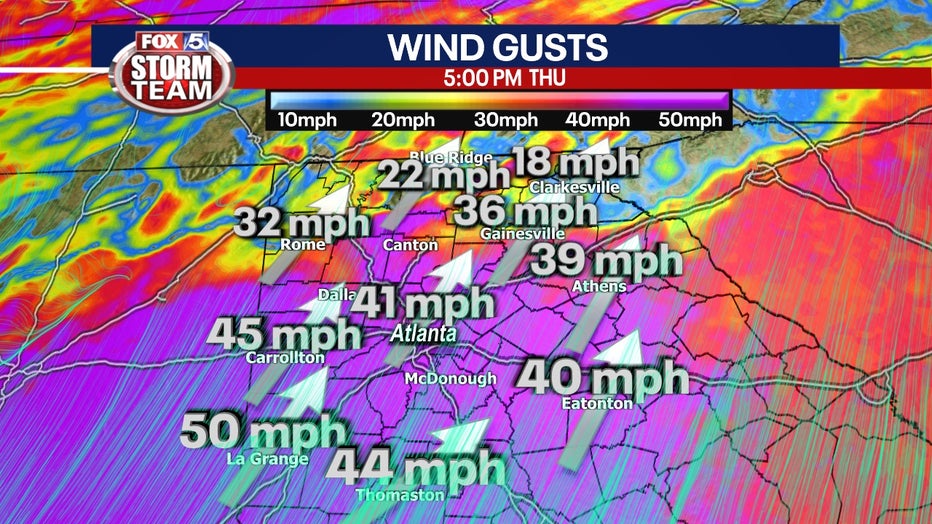 Another round of showers and thunderstorms are also in the weekend forecast.

Despite the unsettled weather pattern through the weekend, highs will rise into the 70s each day in the metro area.