A powerful storm ripped through Polk County on Thursday afternoon.

POLK COUNTY, Ga. - Powerful storms moved through north Georgia on Thursday. The FOX 5 Storm Team has been tracking those storms all day. The storm forced schools in Polk, Heard, and Floyd counties as well as Rome City Schools to close and forced Gordon and Calhoun City School to delay starting their day by two hours.

"Polk County has been hit hard this afternoon by the severe thunderstorms and tornadoes that have passed through our area. We have many families with damage to their homes and widespread power outages. In addition, several roads are blocked with fallen trees, and schools are now without power. All schools will be closed tomorrow in order to address the water and wind damage at schools, allow for families to take care of damages at their homes, and for roadways to be cleared. Stay safe, Polk!"

One of the hardest-hit counties was Polk. While no warnings were issued, Polk County saw some damage from a passing storm. There are reports of damage spanning from Cedartown to Rockmart. Photos shared online show trees snapped in half at the Northview Cemetery along Rockmart Highway just east of Cedartown. About a block away FOX 5 viewers reported damage to some homes along Frank Lott Drive. Damage reports have also come in from Lee Chapel Road to Hutto Road including damage to some of the area’s schools

"The door swung open so hard it just about swung off the hinges," Julie Deems describes the storm. "We were sitting on the couch and then all of a sudden it started hailing and then the trampoline flew up and all hell broke loose." 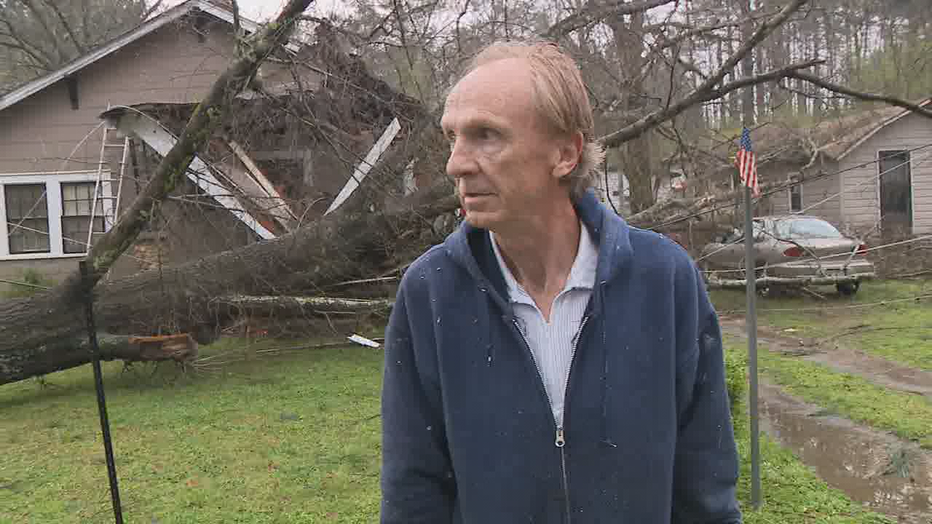 Randy Dale Jackson stares in disbelief in the damage left behind in his Cedartown neighborhood after a powerful storm moved through on March 25, 2021. (FOX 5)

Along Lee Chapel Road, residents are shocked at the damage left behind by the storm.

"It was just like heavy raining and you could hear the hail and wind blowing and then it sounds like a train coming," Polk County resident Angela Mabry said. "And then all the sudden it just like got quiet."

"I prayed for the protection of the Lord and I thank God that I got it," Mabry said as she walked her neighborhood checking on her neighbors. 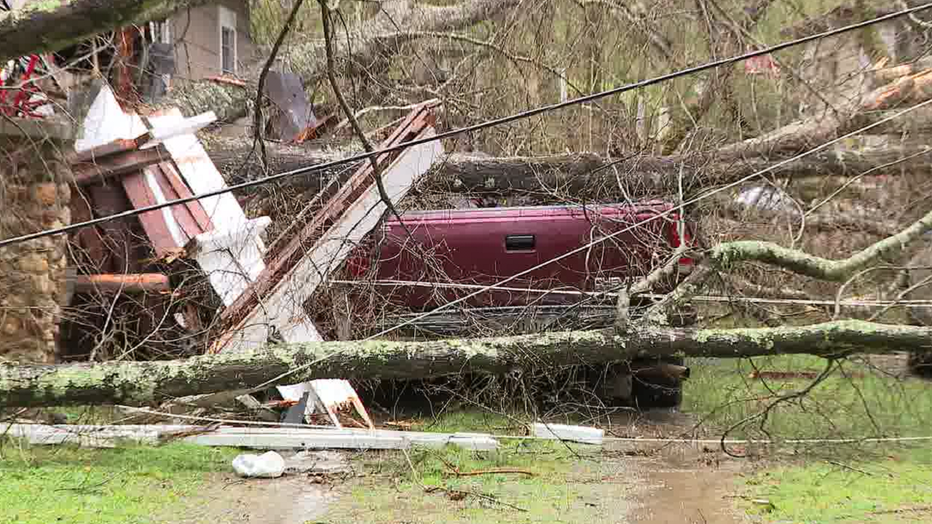 Mabry said her home was spared for the most part, but her neighbors got hit much harder. Despite the damage, she said they are blessed no one was hurt.

"We were standing on the front porch watching the weather, all the sudden the power popped," said Randy Dale Jackson. 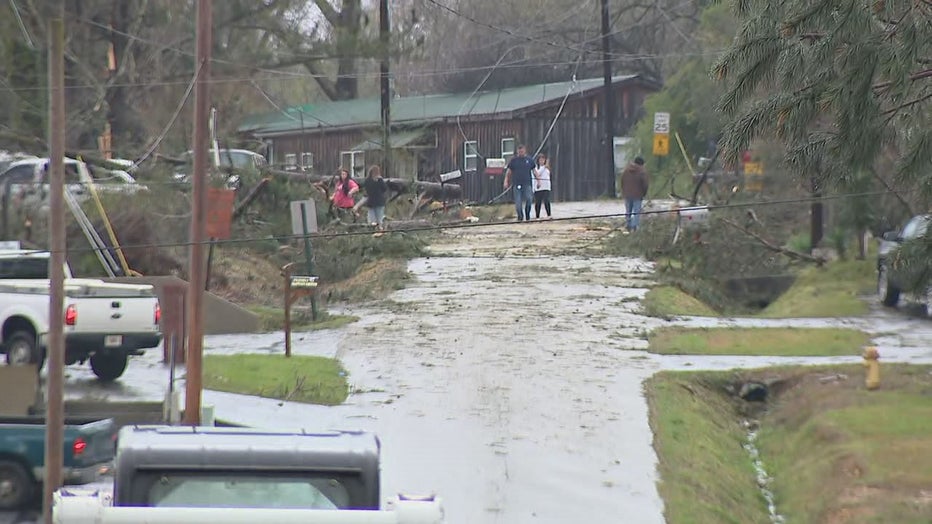 Residents in Polk County survey damage after a powerful storm moved through the afternoon of March 25, 2021. (FOX 5)

Jackson said his wife had just returned from getting groceries and had stopped for a moment to watch the storm rolling in. The couple ended up retreating into their home and as they took shelter in their hallway, a large tree in front of their home fell.

"Scared us to death, man. Unbelievable," Jackson said as he surveyed the damage. 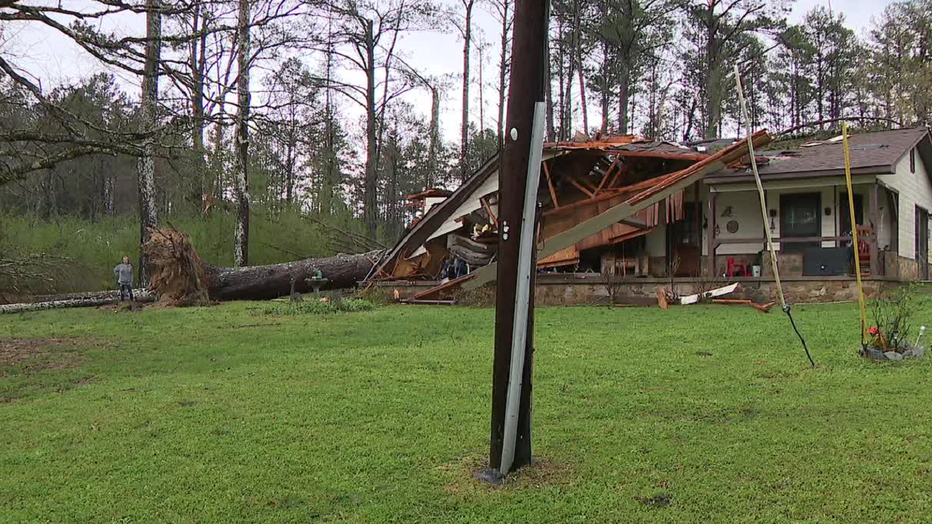 A massive tree fell through a home during a powerful storm in Polk County on March 25, 2021. (FOX 5)

Some video suggests a tornado moved through the area, but the National Weather Service will need to conduct a survey to determine if that was the case.

A tornado warning was issued for the county as well as Floyd County just before 4:20 p.m. as a radar indicated a tornado was on the ground just west of the Georgia line.