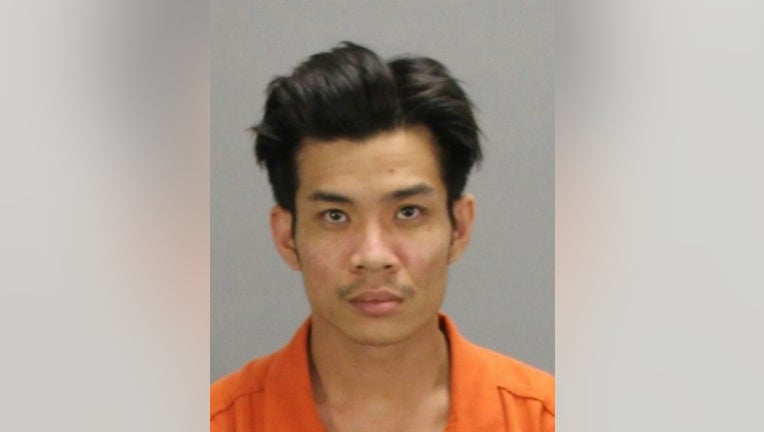 CLAYTON COUNTY, Ga. - Clayton County deputies have arrested a man accused of defying a judge's order after he tried to burn down his mother's home.

Officials tell FOX 5 the incident started on Sept. 15, when they say Kahn Pham came home and asked his mother for money to buy drugs.

When she refused, the Clayton County Sheriff's Office said Pham said he would burn the house down and started a small fire. The fire was quickly put out, but Pham continued and began to fight his little brother, officials say.

Police arrested Pham that night and charged him with criminal damage to property, reckless conduct, terroristic threats and acts, and battery.

On Friday, Pham bonded out of jail and was ordered by a judge not to return to his mother's house. Despite this, officials say he went back to the home, smoked some meth, and fell asleep.

He was woken up by deputies there to arrest him.

Pham is now in custody at the Clayton County Jail.